Biden on Tuesday picked Harris as his running mate, recognising the crucial role Black voters and Indian-Americans could play in his bid to defeat Trump in the US presidential election in November. 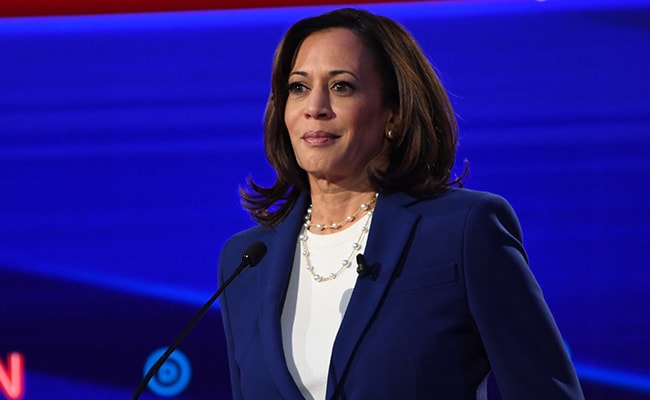 China on Wednesday officially declined to react to US Democratic presidential candidate Joe Biden's move to pick Indian-origin Senator Kamala Harris as his running mate but the official media here said that her nomination will add "fuel to fire" to the current conflict between the two sides given her strong stand on human rights issues relating to Xinjiang and Hong Kong.

Biden on Tuesday picked Harris as his running mate, recognising the crucial role Black voters and Indian-Americans could play in his bid to defeat Trump in the US presidential election in November.

Harris in the past called for increasing pressure on China for human rights violations against Uygur Muslims of Xinjiang and the crackdown against the pro-democracy movement in Hong Kong.

But she also rejected President Donald Trump's tariff war on China, saying that it would hurt the business of California for which she was the Senator and increase the prices of consumer goods.

Asked for his reaction at a media briefing on Wednesday to Biden nominating Harris to be his vice-presidential nominee, Chinese Foreign Ministry spokesman Zhao Lijian declined to comment.

"The Presidential election in the US is an internal affair. We don't have the interest to interfere," he said, apparently referring to US official's allegations that China, Russia and Iran may try to influence the US Presidential poll in November this year.

William Evanina, head of the National Counterintelligence and Security Centre (NCSC), in a statement last week said China "prefers that President Trump - whom Beijing sees as unpredictable - does not win re-election" and has been "expanding its influence efforts" ahead of the vote.

While Zhao was guarded in his reaction, state-run Global Times quoted Chinese observers as saying that Harris' nomination won't help end the two parties' playing of the China card.

Harris once gave herself a Chinese name, He Jinli, which translates to "intricate and beautiful," while the surname means "celebrate," according to the Global Times report.

But this should not be misinterpreted as goodwill toward China. The senator has been vocal in her criticisms of China on multiple issues, including Xinjiang and Hong Kong, it said.

She criticised China last year for the mass detention camps of Uygur Muslims in Xinjiang and said Beijing failed to respect the rights and autonomy of Hong Kong's people.

She jointly launched the Uyghur Human Rights Policy Act in 2019, and urged several US investigation agencies to probe China's "suppression" of the Uygurs.

In October 2019, she announced her support for the Hong Kong Human Rights and Democracy Act.

"Harris' nomination will only add fuel to the fire of the two parties'' competitive playing of the China card, and to acting tough on China during their election campaign," Zhang Tengjun, assistant research fellow at the China Institute of International Studies, told the paper.

He said that based on the positive response to Biden's decision, team Trump may escalate its "irrational" antagonism against China for the next few months, just to win more attention and attempt to salvage its declining campaign.