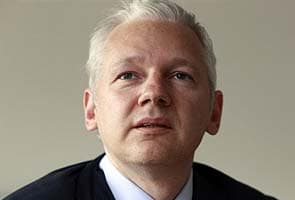 London: WikiLeaks founder Julian Assange on Wednesday described re-elected US President Barack Obama as a "wolf in sheep's clothing" and said he expected his government to continue attacking the anti-secrecy website.

Speaking to AFP by telephone from Ecuador's London embassy, where he sought asylum in June in a bid to avoid extradition to Sweden over sex crime allegations, Assange said Obama's victory was no cause for celebration.

"Obama seems to be a nice man, and that is precisely the problem," the 41-year-old Australian said, after the president defeated Republican Mitt Romney on Tuesday night to sweep back into the White House.

"It's better to have a sheep in wolf's clothing than a wolf in sheep's clothing."

He added: "All of the activities against WikiLeaks by the United States have occurred under an Obama administration.

"The Republican party has not been an effective restraining force on government excesses over the last four years.

"There is no reason to believe that will change -- in fact, the Republicans will push the administration into ever greater excesses."

Assange called on the United States to free Bradley Manning, the soldier accused of leaking a huge cache of classified military documents to WikiLeaks and has been held in solitary confinement in a military prison for over two years.

"The re-election of Barack Obama coincides with the 899th day of Bradley Manning's confinement," Assange said.

WikiLeaks enraged Washington in 2010 by leaking thousands of classified US documents on the wars in Iraq and Afghanistan and embarrassing diplomatic cables from US embassies around the world.

Assange was arrested that same year.

He denies the allegations of rape and sexual assault and claims that if he is extradited to Sweden he could be passed on to the United States and prosecuted, facing treatment similar to Manning's or even the death sentence.