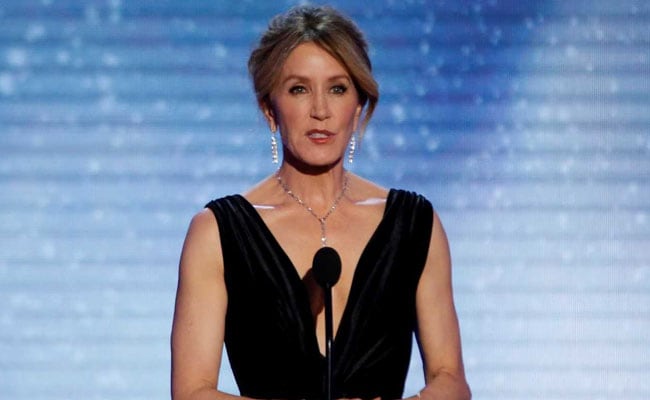 A US judge on Wednesday warned parents charged in the largest college admissions scandal in US history, including actresses Felicity Huffman and Lori Loughlin, to avoid discussing the case with their children, who are potential witnesses.

Prosecutors had wanted US Magistrate Judge M. Page Kelley in Boston to go further and prohibit the 12 wealthy parents who appeared before her from talking about the case with their children without a lawyer present.

While Kelley warned the parents that discussing the case with their children could expose them to potential obstruction of justice charges, she said she did not think the prosecution's proposed conditions on parental communications could work.

Desperate Housewives star Huffman and Full House actor Loughlin said little during the hearing other than to say that they understood the charges prosecutors brought against them. They are among 50 people, including several college athletics coaches, charged with participating in fraud and bribery schemes.

Prosecutors said those schemes involved cheating on college entrance exams and paying $25 million in bribes to help their children gain admission at well-known universities including Yale University and the University of Southern California (USC).

Some of the 33 parents charged in the scheme have begun plea negotiations with prosecutors. On Wednesday, packaged food entrepreneur Peter Sartorio, became the first to reveal he plans to plead guilty. Two others said they were also in plea talks.

Prosecutors say the scheme was overseen by California college admissions consultant William "Rick" Singer, who has admitted to facilitating the cheating scam and bribing coaches to present the parents' children as fake athletic recruits.

Loughlin walked into the courthouse past a group fans yelling, "Lori, we love you," and left smiling. Huffman exited the court holding her brother's hand.

Prosecutors allege that Loughlin and her husband, Los Angeles fashion designer Mossimo Giannulli, agreed to pay $500,000 to have their two daughters named as recruits to USC's crew team, even though they did not row competitively.

Huffman, who is married to the actor William H. Macy, is accused of making a $15,000 contribution to Singer's foundation in exchange for having an associate of Singer's in 2017 secretly correct her daughter's answers on an SAT college entrance exam at a test centre prosecutors say Singer "controlled."

Huffman later made arrangements to engage in the scheme again on her younger daughter's behalf before deciding not to, prosecutors said.

Sartorio, who is expected to plead guilty later this month, similarly paid $15,000 to have his daughter's ACT exam corrected by Singer's associate, prosecutors said.

Prosecutors have not yet charged any applicants and said that in some cases the parents involved took steps to try to prevent their children from realizing they were benefiting from fraud.