The judges said Jokha Alharthi's book was "a richly imagined, engaging and poetic insight into a society in transition and into lives previously obscured" 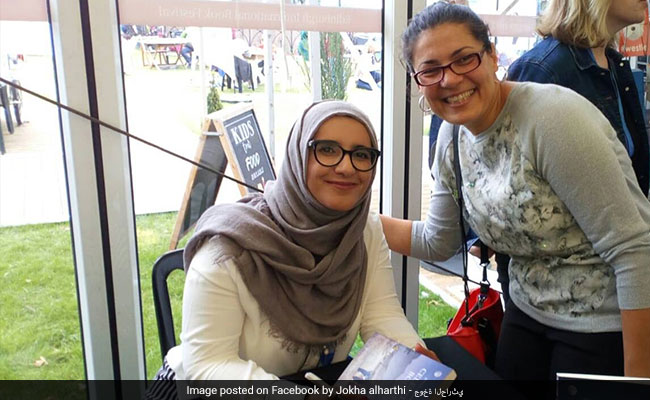 Ms Alharthi, 40, is the author of two previous collections of short fiction, a children's book and three novels in Arabic.

She studied classical Arabic poetry at Edinburgh University and teaches at Sultan Qaboos University in Muscat.

The prestigious 50,000-pound (57,000 euro, $64,000) prize, which celebrates translated fiction from around the world, is divided equally between the author and translator.

The judges said Ms Alharthi's book was "a richly imagined, engaging and poetic insight into a society in transition and into lives previously obscured".

The book is set in the village of al-Awafi in Oman where we encounter three sisters: Mayya, who marries Abdallah after a heartbreak; Asma, who marries from a sense of duty; and Khawla who is waiting for her beloved who has emigrated to Canada.

The three sisters witness Oman's evolution from a traditional, slave-owning society to a complex modernity.

"Elegantly structured and taut, it tells of Oman's coming-of-age through the prism of one family's losses and loves," the organisers said in a statement.

The Guardian said it offers "glimpses into a culture relatively little known in the west" and The National said it signalled "the arrival of a major literary talent", calling the book "a densely woven, deeply imagined tour de force".

"The style is a metaphor for the subject, subtly resisting cliches of race, slavery and gender," she said.

(Except for the headline, this story has not been edited by NDTV staff and is published from a syndicated feed.)
Comments
Jokha Alharthi Man Booker International PrizeJokha Alharthi Arabic AuthorArabic author