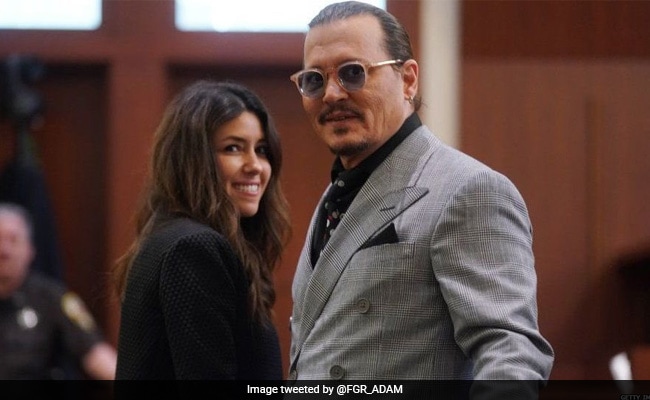 Camille Vasquez, the California lawyer who helped actor Johnny Depp win $15 million in his defamation trial against ex-wife Amber Heard, is getting a promotion.

Law firm Brown Rudnick has elevated Vasquez to partner, the firm said Tuesday. The announcement comes less than a week after a Virginia jury returned a verdict for Depp in the high profile lawsuit.

"Historically, we have reserved this announcement for the end of our fiscal year," said William Baldiga, chairman and CEO of Brown Rudnick, in a statement. "But Camille's performance during the Johnny Depp trial proved to the world that she was ready to take this next step now."

Vasquez, who focuses on plaintiff-side defamation suits, joined Brown Rudnick as an associate in 2018 from Manatt, Phelps & Phillps.

Depp sued Heard over an op-ed the actor wrote in the Washington Post. Heard claimed to be a survivor of domestic violence in the op-ed, but didn't specifically identify Depp as the abuser. She later accused Depp of abuse during the defamation trial.

Vasquez was a key part of Depp's legal team, which was led by Brown Rudnick partner Benjamin Chew, over the six-week televised trial. She gained particular attention across social media for her cross-examination of Heard.

"I am delighted that Brown Rudnick has given me its full vote of confidence by having me join the partnership," Vasquez said in a statement.

"I'm proud of the uniquely talented team I've had the privilege to lead, which exemplified teamwork and collaboration, and I look forward to continuing to represent Brown Rudnick's culture of excellence," she added.

Brown Rudnick brought in $228 million in gross revenue in 2021, ranking it among the 150 largest firms, according to figures reported by the American Lawyer. The firm's partners made $1.3 million apiece on average last year