Johnny Depp vs Amber Heard: The reputation of the "Pirates of the Caribbean" star had begun to dim after 2010 because of his "unprofessional behavior," Tracey Jacobs, Johnny Depp's former agent said. 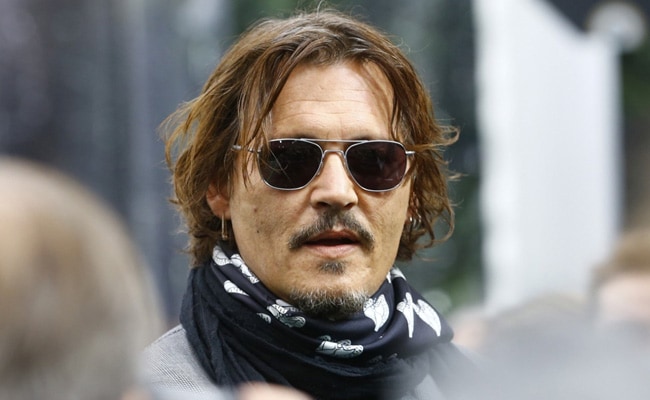 Johnny Depp denied ever striking Amber Heard and claimed that she was the one who was frequently violent.

Johnny Depp's career and finances were already in serious trouble before his then-wife Amber Heard accused him of domestic violence in 2016, his former agent and business manager testified on Thursday.

Tracey Jacobs, Depp's former agent, said the actor "became the biggest star in the world" during the three decades she represented him in Hollywood.

But the reputation of the "Pirates of the Caribbean" star had begun to dim after 2010 because of his "unprofessional behavior," Jacobs said.

The United Talent Agency (UTA) agent made the statements in a videotaped deposition on Day 19 of the defamation suit filed by the 58-year-old Depp against his former wife.

Heard filed for a temporary restraining order against Depp in May 2016, citing domestic violence, and subsequently filed for divorce.

Depp brought suit against Heard over an op-ed she wrote for The Washington Post in December 2018 in which she described herself as a "public figure representing domestic abuse."

Heard, who had a starring role in "Aquaman," did not name Depp in the op-ed, but he sued her for implying he was a domestic abuser and is seeking $50 million in damages.

The 36-year-old Texas-born Heard countersued, asking for $100 million and claiming she suffered "rampant physical violence and abuse" at his hands.

Depp, during his four days on the witness stand, denied ever striking Heard and claimed that she was the one who was frequently violent.

Depp's lawyers allege that the domestic abuse accusations damaged his reputation but his former agent said his star had already begun to wane before then.

She said Depp's "unprofessional behavior" included drug and alcohol use and "showing up late to set consistently on virtually every movie."

"Crews don't love sitting around for hours and hours and hours waiting for the star of the movie to show up," she said. "It's a small community and it made people reluctant to use him toward the end."

Jacobs also said Depp was in such "financial desperation" in January 2016 that he came to the agency and asked for $20 million.

"The question was not asked as a loan," she said.

Jacobs said her partners told Depp the company was "not a bank" but they did help him secure a loan through Bank of America.

Mandel said he had become "extremely concerned" about Depp's financial situation in 2015.

There were "constant" conversations with Depp about curbing his spending, he said, but it "never seemed to happen."

"There was no followup," he said.

"It became clear over time that there were issues with alcohol and drugs," he said. "And that translated into more erratic behaviour."

Mandel estimated that Depp made around $600 million during the decades that he represented him.

Mandel was fired by Depp in 2016 and subsequently sued by the actor. They settled the case in 2018.

Asked why Depp fired her, Jacobs said: "I really don't know. All I know is that he terminated essentially everyone in his life."

Depp's lawyers have put experts on the stand who testified that the actor lost millions because of the domestic abuse accusations, including a $22.5-million payday for a sixth installment of "Pirates."

Depp filed the defamation complaint in the United States after losing a separate libel case in London in November 2020 that he brought against The Sun for calling him a "wife-beater."

Depp, a three-time Oscar nominee, and Heard met in 2009 on the set of "The Rum Diary" and were married in February 2015. Their divorce was finalized two years later.

Judge Penney Azcarate has scheduled closing arguments in the case for May 27, after which it will go to the jury.