In 2011, President Barack Obama awarded Jean Kennedy Smith the Presidential Medal of Freedom, the highest civilian honor in the country. 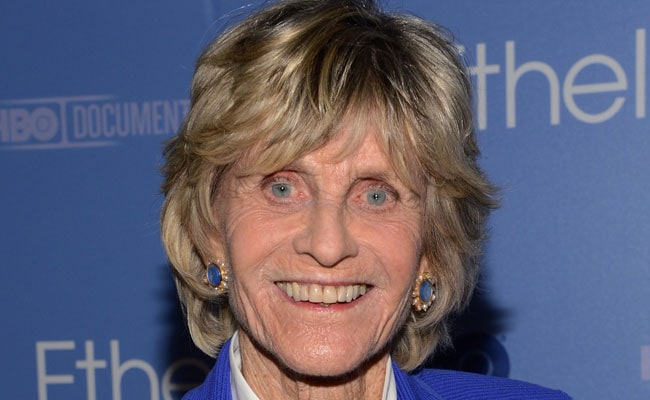 Smith, who served as United States ambassador to Ireland for five years in the 1990s, died on Wednesday at her home in Manhattan, New York.

The cause of death was not immediately known.

"She led an amazing life," her daughter Kym Smith told NBC News in a statement.

Members of Congress were also quick to pay tribute.

"A true public servant, Ambassador Kennedy Smith was a longtime advocate for people with disabilities and a diplomat who helped bring peace to Northern Ireland," he added.

Born on February 20, 1928 in Boston, Massachusetts, Smith was the eighth of nine children born to Joseph P. Kennedy and Rose Fitzgerald.

The family would become the United States' most famous political dynasty and an endless source of fascination to the American public.

After spending much of her life as a socialite away from the political spotlight, in 1993 Smith was named the US ambassador in Dublin by then president Bill Clinton.

The appointment raised a few eyebrows but Smith, whose father had been ambassador to Britain when she was young, embraced her role, shaking it up along the way.

She frequently met with Gerry Adams, the leader of the Irish Republican Army's political wing Sinn Fein, even although US policy was not to do so and despite fervent criticism.

Smith is credited with helping him get a visa to visit the US, where he made the case for a ceasefire in the conflict in Northern Ireland.

Her gestures towards Adams, who was considered a terrorist by the British government, brought Sinn Fein into peace talks. Clinton later invited Adams to the White House.

Smith played a key role in helping restore a ceasefire which helped pave the way for the later negotiations that resulted in the 1998 Belfast Agreement, also known as the Good Friday Agreement.

The historic accord largely ended the violence that had plagued Northern Ireland since the 1960s.

Smith's life was blighted by the numerous tragedies that befell the Kennedy family, leaving some commentators to even suggest that the clan is cursed.

Her eldest brother Joseph P. Kennedy Jr was killed aged 29 in 1944 while serving as a bomber pilot in World War II.

Her sister Kathleen died aged 28 when a light aircraft she was traveling in crashed over France in 1948.

President Kennedy was assassinated in 1963. Robert Kennedy was shot and killed in 1968 as he sought the Democratic presidential nomination.

Smith married transportation executive Stephen Smith in 1956 and they had four children. He died in 1990.

Although Smith never ran for office, she did hit the campaign trail for John who became America's first Irish Catholic president in 1960.

In 2011, President Barack Obama awarded Smith the Presidential Medal of Freedom, the highest civilian honor in the country.

In her 2016 memoir "The Nine of US: Growing up Kennedy," Smith wrote that she felt she had a normal childhood.

"It is hard for me to fully comprehend that I was growing up with brothers who eventually occupy the highest offices of our nation, including president of the United States," Smith wrote.

"At the time, they were simply my playmates. They were the source of my amusement and the objects of my admiration," she added.