Joe Biden Campaign Launches Initiative To Woo Hindus In US

US Presidential Elections: Indian-American Congressman from Illinois, Raja Krishnamoorthi, is scheduled to address the first meeting of "Hindus for Biden" on Thursday, the organisers said on Tuesday. 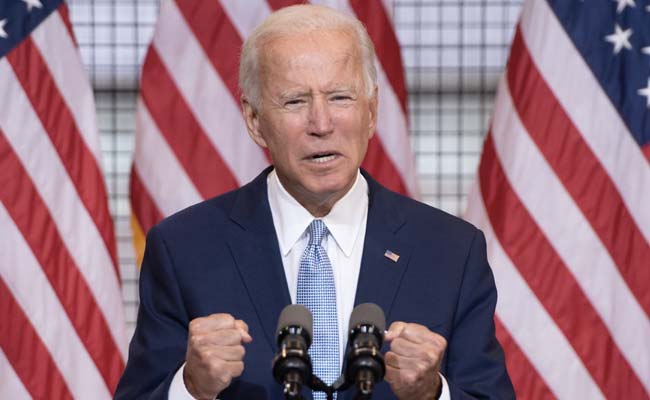 The Biden campaign has announced the launch of "Hindu Americans for Biden", as part of its efforts to attract the over two million members of the community in the US and address their issues, including hate crimes.

Indian-American Congressman from Illinois, Raja Krishnamoorthi, is scheduled to address the first meeting of "Hindus for Biden" on Thursday, the organisers said on Tuesday.

The move from the Biden campaign comes over a fortnight after the Trump campaign on August 14 announced the formation of the "Hindu Voices for Trump".

This is, perhaps, for the first time in the history of the US presidential elections that the two major political parties have made an outreach coalition for the Hindus in the country.

The development is being seen as a sign of the growing political prominence of Hindus in America. Hinduism is the fourth largest faith in the US, representing approximately one per cent of the US population in 2016.

There have been official coalitions for Muslims and Jews in the past.

"The diversity of the Hindu American community can't be understated and we wanted to make sure that their concerns are addressed directly through, among other things, events like this," said Murali Balaji, co-chair of "Hindu Americans for Biden".

"We are highlighting the Biden campaign's commitment to the Hindu American community, one of the most loyal constituencies of the Democratic Party," he added.

According to its organisers, the event, as well as forthcoming ones, will energise Hindu Americans across age groups and cultural backgrounds to vote for former vice president Biden, particularly given his background as a person of faith.

In addition to Congressman Krishnamoorthi's address, there will be a focused policy discussion on how hate crimes against Hindus have surged threefold under President Donald Trump and what Biden will do to address these attacks on the community.

According to the FBI's hate crime statistics, since Trump took office, the number of hate crimes across the US has greatly increased, claimed Ajay Bhutoria of National AAPI Leadership Council.

"Indian-Americans of all (religious) backgrounds -- Hindu, Sikh, Muslim, Jain and others -- have been subjected to bullying and xenophobic attacks and need now, more than ever, a reassurance that our leaders in Washington will have their backs," he said.

Bhutoria asserted that as president, Biden will directly address the rise in hateful attacks and enact legislation prohibiting someone convicted of a hate crime from purchasing or possessing a firearm.

"Biden will appoint leaders at the Department of Justice who will prioritise the prosecution of hate crimes, and he will order his Justice Department to focus additional resources to combat hate crimes - including religion-based hate crimes - and to confront white nationalist terrorism," he said.

"He will also seek legislation that increases the potential sentence for certain hate crimes that occur in houses of worship and other religious community sites, such as gurudwaras, mandirs and mosques. And, he will use his executive power to ensure that the Department of Justice pursues such heinous acts of violence against houses of worship to the fullest extent of the law," Bhutoria said.

Announcing the formation of "Hindus for Trump", the Trump campaign had said that it honours the contributions by millions of Americans of Hindu faith.

"The inclusive economy, commitment to building up US-Indian relations, and fierce support for religious liberties for all is unmatched. Re-electing President Trump will reduce obstacles to religious freedoms for Hindus in America," it had said.