The suit, which names JetBlue and the pilots, claims the airline failed to take any "corrective action" against the men even after the women reported the incident last year. 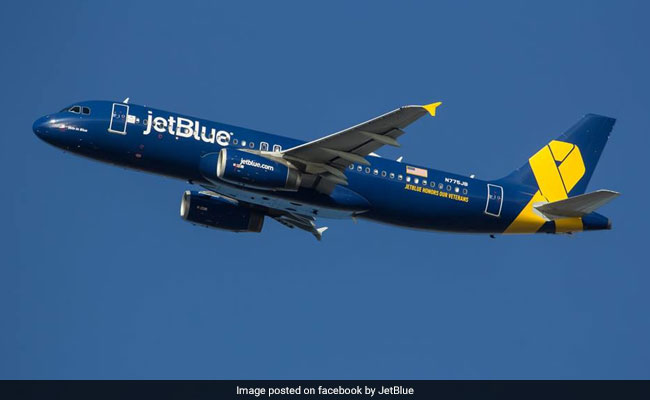 The women allege they were drugged by two JetBlue pilots they met on the beach.

When the JetBlue plane from Washington touched down in San Juan, Puerto Rico, three women from the flight crew did what most visitors to the tropical island paradise would do: They checked into their hotel and made a beeline for the beach.

But what was supposed to be a relaxing overnight layover between flights in May last year didn't stay that way for long, two of the women said in a lawsuit filed this week in New York federal court.

The women, identified as Jane Doe No. 1 and Jane Doe No. 2, allege their trip took a nightmarish turn when they were drugged by two JetBlue pilots they met on the beach. Jane Doe 1 said she and another co-worker, who is not involved in the lawsuit, were also allegedly raped by one of the pilots and accused him of "intentionally" giving her a sexually transmitted disease.

The suit, which names JetBlue and the pilots, Eric Johnson and Dan Watson, claims the airline failed to take any "corrective action" against the men even after the women reported the incident last year. The 24-page document was filed in the U.S. District Court for the Eastern District of New York on Monday.

"The pilots were not suspended," Abraham Melamed, an attorney for the two women, told The Washington Post on Thursday. "They were not put on any sort of leave. They continued to work and continue to work to this day without any ramifications."

For one of the women, that means she still has to encounter one of the men at work, Melamed said.

"You can imagine the type of effect that's had on her," he said. "In every instance, she's had to abruptly leave wherever she is."

In a statement emailed to The Post, JetBlue said it cannot comment on pending litigation but added that it "takes allegations of violent or inappropriate behavior very seriously and investigates such claims thoroughly."

"We work to create a respectful workplace for all our crewmembers where they feel welcome and safe," the airline said.

Court records did not list attorneys for the pilots, and their union - the Air Line Pilots Association, International - did not respond to a request for comment late Thursday.

It all began with a drug-laced beer, the lawsuit alleges.

After arriving in Puerto Rico in the early afternoon on May 9, 2018, the two plaintiffs and the other crew member got settled at the InterContinental Hotel, located near Isla Verde Beach. Eager to make the most of their downtime, the women set up camp on the picturesque stretch of white sand "where they schmoozed, and relaxed with some drinks they had prepared," the complaint said.

The women noticed two men sitting near them "pulling beers out of a lunch bag," according to the suit. The two parties struck up a conversation and the women learned that their fellow beachgoers, Johnson and Watson, were pilots who also worked for JetBlue, the suit said.

Then, Johnson allegedly offered Jane Doe 1 an opened beer from his lunchbox. Not knowing the beverage was "laced with a drug," she drank some before passing the can to the other two women, the lawsuit said.

From that moment on, "the rest of the night became a blur," the lawsuit said.

Neither of the plaintiffs could remember leaving the beach or how they got back to the hotel.

While "in a haze from being drugged," Jane Doe 1 alleged that she found herself in bed with Johnson and the third crew member, and the pilot was raping her.

"Plaintiff was unable to react to the situation, but was simply aware that it was happening," the suit said. "Plaintiff's flashes of memory included [Johnson] having sexual intercourse with the other crew member who was also under the influence of the drugs."

According to the documents, Johnson later told the women, "Thank you for making my fantasy come true."

Meanwhile, Jane Doe 2 alleged she was drugged by Johnson and Watson, who "intended to rape" her. However, the men allegedly changed their minds when she "began vomiting which was a turnoff," the lawsuit said. The suit noted that Watson left after getting scratched but did not provide additional details.

The next morning, both plaintiffs woke up feeling wrong. Jane Doe 1 said she was "groggy and felt numb." Jane Doe 2 was "extremely nauseous, tired, and in a weird out of body fog." All three women still worked a return flight to Newark but were repeatedly overcome by unusual bouts of nausea and had to vomit throughout the trip, the lawsuit said.

"The three of them looked up the symptoms of rape drugs and found their symptoms were consistent with having been drugged," the filing said. The two crew members who were allegedly raped also discussed the events and "expressed to each other that they were stunned by what had happened," the suit said.

Around the same time, Jane Doe 1 "developed a tremendous fear that she may have been exposed to an STD" during the alleged rape, according to the lawsuit.

Upon returning home to Utah, the woman immediately went to the hospital and reported being drugged and sexually assaulted. Previously free of STDs, her tests came back positive for human papillomavirus, or HPV, which "she could have only contracted from [Johnson]," the complaint alleged. HPV is considered one of the most common sexually transmitted infections in the United States, according to the Centers for Disease Control and Prevention.

Both women reported the alleged assaults and sex and gender discrimination to JetBlue at their corporate headquarters in New York, but despite the airline "purporting to investigate the matter," the two pilots were not disciplined, the suit said.

Citing JetBlue's alleged handling of the situation, the lawsuit claimed that the airline "engaged in unlawful employment practices . . . by allowing sex discrimination, gender discrimination and a hostile work environment."

The women are seeking unspecified damages for discrimination, assault and battery and aggravated sexual abuse, among other claims.

"They're bringing their claims forward to seek some justice, to seek what they deserve for what they've undergone, but also, most importantly to show courage," Melamed said.

This is not the first time an airline has been accused of not doing enough when an employee is accused of sexual misconduct. In March 2018, an Alaska Airlines pilot sued her employer after a fellow captain allegedly drugged and raped her, The Washington Post reported. Though the pilot also told officials about the incident, the captain still continued working for the airline. A few months later, United Airlines was sued by federal officials for allegedly doing nothing to discipline a pilot who had taken sexually explicit images of a flight attendant and posted them online, according to The Post's Lori Aratani.

Melamed said he and his clients hope their lawsuit can effect global change.

"They would like to see this give a voice to the many other victims out there who otherwise are too scared to come forward," he said.

(Except for the headline, this story has not been edited by NDTV staff and is published from a syndicated feed.)
Comments
JetBluerapeFlight attendants