Jet in 'near miss' with UFO close to Heathrow 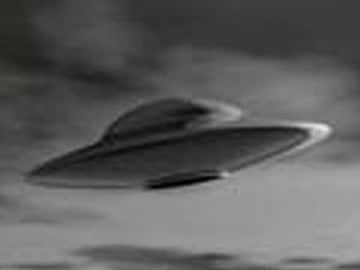 London: A terrified pilot of a passenger jet has reported a near miss in which a rugby ball-shaped UFO passed within a few feet of his aircraft while flying near Heathrow Airport, baffling aviation authorities in London.

The captain of the A320 Airbus told British aviation authorities who have investigated the incident that he was certain the object was going to crash into his aircraft and ducked as it headed towards him.

The investigation has been unable to establish any earthly identity for the mysterious craft, which left the aircrew with no time to take evasive action.

The incident occurred while the plane was cruising at 34,000ft, around 32 km west of the airport, over the Berkshire countryside, The Telegraph reported.

The captain spotted the object travelling towards the jet out of a left hand side, cockpit window, apparently heading directly for it.

A report into the incident does not name the airline or flight involved.

However, it states: "He (the pilot) was under the apprehension that they were on collision course with no time to react. His immediate reaction was to duck to the right and reach over to alert the FO (First Officer); there was no time to talk to alert him."

It adds: "The Captain was fully expecting to experience some kind of impact with a conflicting aircraft."

He told investigators he believes the object passes "within a few feet" above the jet.

He described it as being "cigar/rugby ball like" in shape, bright silver and apparently "metallic" in construction.

Once he had composed himself, he checked the aircraft's instruments and contacted air traffic controllers to report the incident. However, there was no sign of the mystery craft.

The incident was investigated by the UK Airprox Board, which studies "near misses" involving aircraft in British airspace.

It checked data recordings to establish what other aircraft were in the area at the time, but eliminated them all from its quest to find out what had been responsible. It also ruled out meteorological balloons, after checking none were released in the vicinity. Military radar operators were also contacted but were unable to trace the reported object.

Even though it describes the aircraft as being "just to the west of Heathrow", aviation experts believe that at such an altitude it would be unlikely to have taken off from, or be preparing to land at, the west London airport.

Promoted
Listen to the latest songs, only on JioSaavn.com
The Ministry of Defence closed its UFO desk in December 2009, along with its hotline for reporting such sightings.

Following this, the Civil Aviation Authority took the decision that it would continue to look into such reports, from aircrew and air traffic controllers, because they could have implications for "flight safety".

"We Kill Kafirs Like You": Taliban Whip Activist For Participating In Protest, Says Report