In the pictures obtained by TMZ, the couple with their kid were spotted sitting together, a few rows back from the field. They did not get up during Demi Lovato's performance. 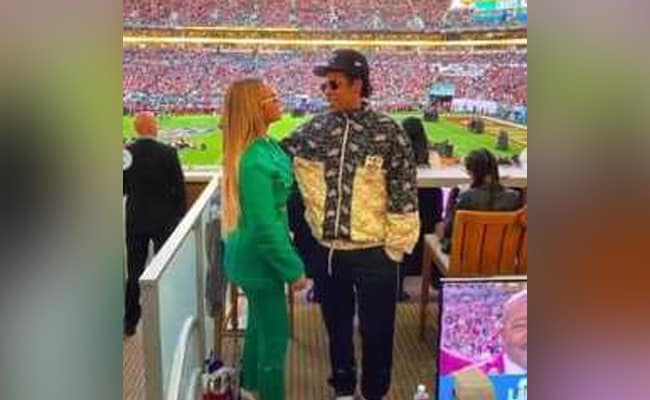 Jay-Z said he was involved in the production of Superbowl.

American rapper Jay-Z broke the silence on why he along with his wife Beyonce and daughter Blue Ivy remained seated during the national anthem at the 2020 Super Bowl LIV in Miami.

In the pictures obtained by TMZ, the couple with their kid were spotted sitting together, a few rows back from the field. They did not get up during Demi Lovato's performance.

In a Q&A session at the Columbia University when the rapper was asked whether his sitting down was meant to send a message, Jay Z explained that he was not making any political statement but was actually observing the show. He was involved in production after a deal between his company Roc Nation and the National Football League (NFL).

Beyonce and Jay Z hate @realDonaldTrump more than they love this country.

Jay-Z further mentioned that he wanted to make sure that fans at home could really feel the music and it was "important to him that every aspect of the song was perfect".

"The whole time, we're sitting there, we're talking about the performance and right after that, Demi comes out and we're talking about how beautiful she looked and how she sounds and what she's going through in her life for her to be on the stage, we're so proud of her," the rapper added.