The NPO was launched in 2013 to provide psychological support to people, particularly children, in the disaster-hit Tohoku region through breathing. 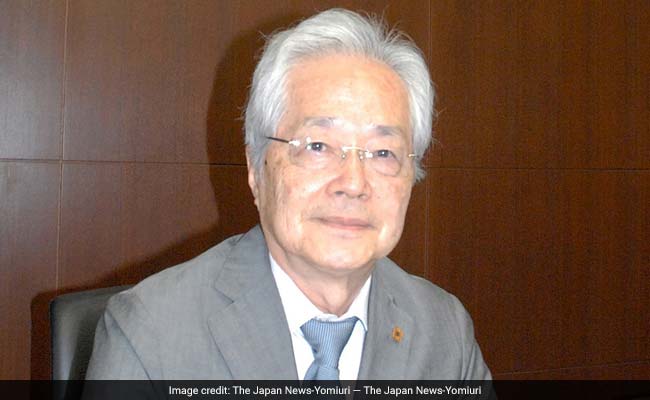 A breathing exercise developed by respiratory specialist Ikuo Homma, who has long studied the close relationship between breathing and emotion, has attracted attention as a simple but effective way to build a healthy body and mind and ultimately improve the quality of people's lives.

Calm Breathing Project, a nonprofit organization based in Tokyo, has promoted the Ratata breathing exercise, in which simple body movements of the neck, shoulders and chest are brought in line with one's breathing rhythm, in areas stricken by the 2011 Great East Japan Earthquake. It has also been used in places including nursing care facilities across the nation.

"Difficulty in breathing is tantamount to difficulty living," Homma, 70, director of the NPO, said during a recent interview with The Japan News. "If you change the way you breathe, you can calm down your mind, and the state of your body will improve as breathing and emotion move in tandem."

The NPO was launched in 2013 to provide psychological support to people, particularly children, in the disaster-hit Tohoku region through breathing. Homma said conventional psychotherapeutic techniques such as cognitive-behavioral therapy generally involve flashbacks of agonizing experiences, making many people shy away from such methods.

"We simply aimed to change the way they breathe without thinking much about specific psychotherapeutic methods," he said.

Homma picked the name Ratata from the nickname of a popular motorcycle released in the 1970s. The exercise is conducted to cheerful music, whose lyrics were written by Homma himself, using catchy words for children.

"When the music is played, you can move and breathe naturally," he said. "It's essential to keep doing it. The exercise is simple, but you won't be able to continue unless you understand how it works."

Homma, who is also president of Tokyo Ariake University of Medical and Health Sciences, has proposed from a scientific point of view that such a breathing approach be taken in disaster-hit areas worldwide. With his study focusing on what he calls "emotional breathing," the respiratory physiologist said that respiration is closely connected to emotion.

Anxiety and anger tend to make breathing rapid and shallow, while breathing is likely to become slow and deep when people feel relaxed. He said many people have experienced this relationship firsthand, but scientific research on the topic is relatively new. His research has found that respiration is closely attuned to activity in the amygdala - the emotional center of the brain. He said many people in contemporary society have problems with this type of breathing due to stress. But based on this mechanism, stress can be eased through breathing. "By controlling your breathing, you can control your emotions," he said.

The NPO has expanded its activities with a new focus on elderly people whose respiratory functions have deteriorated, a symptom of aging that tends to affect their minds.

When the NPO conducted the exercise once a week for six months with people at an average age of 80 at a day-care facility in Kyoto, improvement was seen in their breathing capacity. The participants also reported less anxiety and more stable moods, among other psychological effects.

"It doesn't cost anything at all. Japan can no longer spend much money on social welfare, a breathing exercise like this could help people prolong their health-life span," Homma said.

His breathing initiative also has gained attention in Mongolia, where his university has a sister school. Homma originally created the breathing exercise for people with respiratory diseases such as asthma when industrial pollution became a social issue in Japan decades ago.

In Ulaanbaatar, the rapidly growing Mongolian capital plagued by air pollution, the exercise has been introduced at places such as elementary schools and an orphanage, receiving TV coverage in March. With the prevalence of childhood asthma increasing in the country, the exercise is now planned to be introduced at more than 200 kindergartens in Ulaanbaatar from the new academic year in September, according to a Mongolian doctor involved in the project.

Promoted
Listen to the latest songs, only on JioSaavn.com
"After practicing clinical medicine, I chose to become a researcher to help more people. So my activities place importance on serving people well," Homma said.

30 Killed After Russian Attack On Civilian Convoy In Ukraine: Report