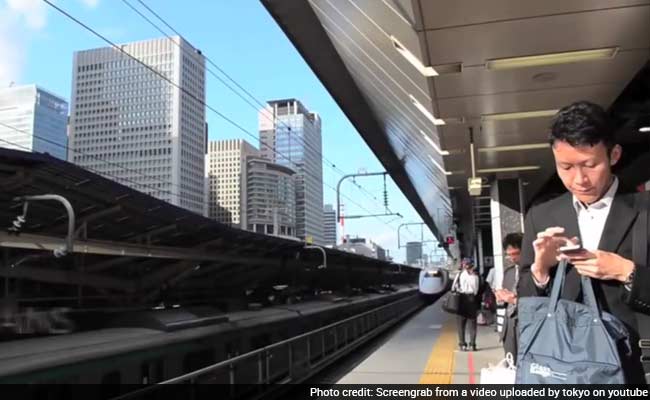 Tokyo: A video showing the fast and meticulous cleaning process of Japan's Shinkansen bullet train, has gone viral on the internet with over 2.5 million views in the last few weeks.

The video, titled "7-Minute Miracle," is shot by New York-based journalist Charli James and was posted by the Japanese government on its YouTube account. It has registered over 2,651,000 views till today, and become the most-viewed video on the account, EFE news agency reported.

Although it was uploaded mid-January, the video started grabbing attention only between the end of May and middle of June, according to YouTube data.

The video, a little longer than a minute and a half, shows the painstaking process of cleaning the high speed Japanese train in seven minutes.

The operators clean up every seat - taking only 12 seconds to complete a row - check for forgotten baggage, sweep the floor and put the seats back in position, among other tasks.

Some 155 million commuters take the Shinkansen every year and more than 400,000 daily.

The average delay of these highly efficient trains is 54 seconds, according to data of the Central Japan Railway Company.