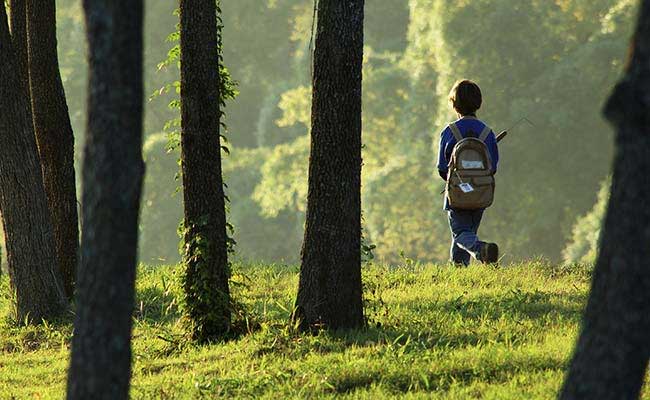 About 180 rescuers and police officers widened the search area on Monday. (Representational Image)

Tokyo, Japan: Japanese rescuers scoured thick forest on Tuesday in search of a seven-year-old boy whose parents left him in mountain woods inhabited by bears as a punishment, in a case that has infuriated the public.

The parents originally told police the boy got lost on Saturday while they were hiking to gather wild vegetables - but later admitted that they had left him in the forest to punish him.

The boy, Yamato Tanooka, went missing in mountains on Japan's main northern island of Hokkaido, which is inhabited by wild bears.

Yamato, his older sister, mother and father came to a park near the forest on Saturday, but the parents became angry when the boy threw stones at cars and people, Japanese police said.

On the way back home, they made Yamato get out of the car and left him alone in the forest, driving the car about 500 metres (some 550 yards) away, TV Asahi and other reports said.

"They said they went back to the site immediately, but the boy was no longer there," a local police spokesman earlier told AFP.

About 180 rescuers and police officers widened the search area on Monday, mobilising sniffer dogs and horses to go deeper into the woodlands, according to broadcaster NTV.

Police searched in the dark Sunday night with torches in hand and calling out for the boy, who was wearing a black jacket, navy blue pants and red sneakers when he disappeared, according to Kyodo news agency.

"I feel very sorry for my child," the boy's father told an NTV reporter. "I am so sorry for causing trouble for many people."

Police said that they will look into filing neglect charges against the boy's parents, according to Kyodo.

Meanwhile, Japanese people reacted with outrage on social media, condemning the actions of the parents.

Many also worried about the fate of the child in the forest, alone and reportedly with no food or water as heavy rain fell overnight.

Mitsuru Wakayama, a spokesman for the nearby town of Nanae, said local residents only occasionally pass through the mountainous area as a short cut.

"Not many people or cars pass by, and it gets totally dark as there are no lights," Wakayama said.

"It's not surprising to encounter bears anywhere in the area," he added.