From there, they were sent to Tokyo's Haneda airport and deported to North Korea via Beijing in China, the report said. 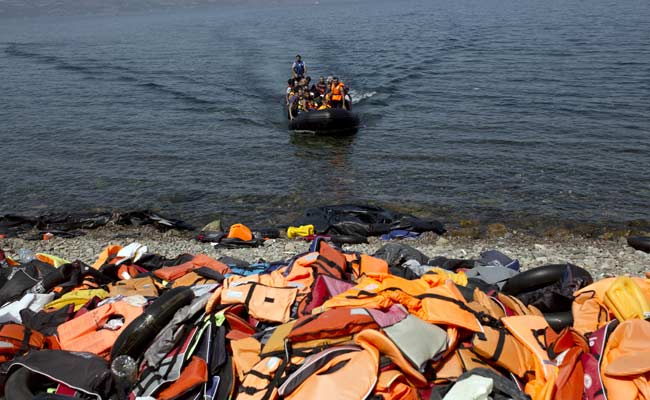 Tokyo, Japan: The last two of 10 North Koreans rescued from a tiny wooden boat drifting off northern Japan last year have been deported back to their country, a report said Thursday.

The other eight members of the crew were deported in February, but the captain was in custody facing theft charges and the last member was being treated for tuberculosis.

The captain was arrested and indicted last year for stealing a power generator from a local fishery cooperatives facility on the island, part of Hokkaido -- the northernmost of Japan's four main islands.

In March, he received a suspended prison sentence of two years and six months.

The ten men were first spotted late last year by coast guard as their dilapidated boat drifted into waters off the island of Hokkaido.

On Thursday, private broadcaster TBS showed footage of what it said was a car carrying the skipper and the last crew member to a port in Hokkaido from the immigration facility where they had been detained.

From there, they were sent to Tokyo's Haneda airport and deported to North Korea via Beijing in China, the report said.

Earlier, Nippon TV also reported that the two men were to be deported via Beijing as soon as Thursday.

Contacted by AFP, an immigration spokesman declined to comment on the reports citing "safety concerns".

Dozens of North Korean fishing vessels wash up on Japan's coast every year.

Experts say some North Korean fishermen are travelling far out to sea in order to satisfy government mandates for bigger catches.

But their old and poorly equipped vessels are prone to mechanical and other problems, including running out of fuel, and there are few ways for them to call for rescue.

Promoted
Listen to the latest songs, only on JioSaavn.com
Some of the boats wash up on Japanese shores with the crew on board dead, a phenomenon referred to by the local media as "ghost ships".