He Says He Didn't Kill A Girl In 1984. His Back Tattoo Says Otherwise 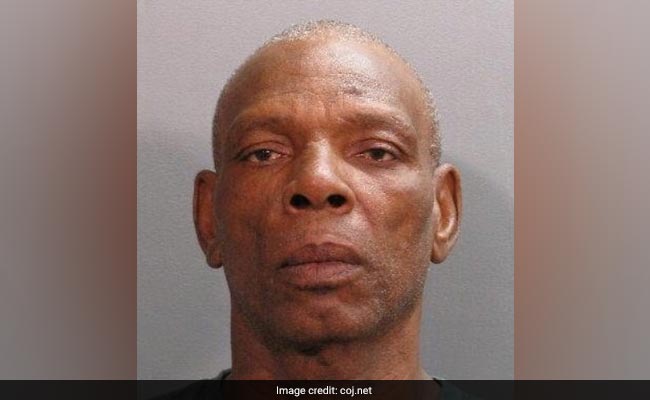 James Leon Jackson, Tammy Welch's alleged killer, was living right next door at the time of her murder

The family was moving the next day, boxing up their life inside an apartment in Jacksonville, Florida, for a new place on a nearby naval base. Tammy Welch, a brown-haired 10-year-old, had been allowed to stay home from school with her older brother and little sister. Their father, a U.S. Navy serviceman, was deployed at sea. So as a blistering sun climbed the morning sky on Aug. 27, 1984, Tammy and her sister Jennifer went out to play in the apartment complex courtyard.

The two girls tossed around a beach ball in the hot morning air. They got into a spat, and Jennifer ran back into the apartment. A half-hour later, at around 10 a.m., the girls' mother told Jennifer to go get Tammy. The courtyard was empty. Jennifer walked around the building, still unable to find her sister. When the 8-year-old returned to the courtyard, she spotted Tammy's pink-soled flip-flops. Then, she saw her sister. She was not moving. Her shorts were stained with blood.

As Jennifer would testify decades later, she was so terrified by the sight that she ripped a clump of her own hair from her head.

Authorities determined Tammy had been sexually assaulted and strangled. Despite a full-court press from police, neighbors and witnesses failed to point toward the murderer. Tammy's case file went cold until the 2010s, when a hefty $500,000 federal grant allowed the Jacksonville Sheriff's Office to retest old forensic evidence using the latest scientific techniques.

In 2013, authorities announced an arrest. They said Tammy's killer had been living right next door at the time of her murder - James Leon Jackson.

"Without that grant, and without the money to work this cold case, it could have gone unsolved for another 28 years," Chief of Detectives Tom Hackney said at a news conference announcing the arrest in 2013.

After five years of legal delays, including a lengthy battle over whether five-time felon was mentally competent to face trial, Tammy's alleged killer faced a jury this week on charges of first-degree murder, capital sexual battery, and tampering with evidence. The prosecution's case rests on DNA evidence tying Jackson to the murder. They also have introduced incriminating comments Jackson allegedly made about the murder to his cell mate.

But most bizarrely, prosecutors also told the court that while he was in custody waiting for trial, Jackson got "Tammy Welch 1984" tattooed on his back - a confession written in ink, the state alleges.

For his part, Jackson, 66, claims the tattoo was a jailhouse prank, and that he had nothing to do with the murder.

"It was a little girl," Jackson testified, according to Action News Jax. "I wouldn't kill no little girl."

As a neighbor of the Welch family, Jackson was actually interviewed following the discovery of the girl's body in 1984. Jackson told detectives - and has repeated over the years - that he had gone to his estranged wife's house that day.

"He told the detectives that he never saw or met Tammy Welch," Jacksonville Sheriff John Rutherford recounted at the 2013 news conference. "He said he was out all night before the murder, and that when he came back home he briefly talked with his cousin in the parking lot, went inside, and went to bed. He told the detectives that he was alone in his apartment because his wife had gone to work and his kids had gone to school that day. Jackson said after falling asleep his cousin later came over and woke him up."

According Rutherford, in August 1999 - 15 years after Tammy's body was discovered - cold-case detectives jump-started the investigation, re-interviewing old witnesses. Jackson again sat down with police in 2002, reiterating that he had nothing to do with the crime. He even offered to provide a cheek swab for elimination purposes.

It would take eventual advances in forensic science, as well as the federal grant for expensive testing, before Jacksonville authorities say they got the evidence they needed in January 2013.

"A partial DNA profile obtained from the sexual assault kit had identified to the DNA cheek swab of James Leon Jackson," Rutherford said in 2013.

Jackson was arrested and charged with Tammy's murder. As the case went through the court system, the suspect's attorneys attempted to argue that Jackson was unfit for trial due to him having an IQ of 68, as well as dementia, News4Jax reported.

In July 2018, a Duval County judge rejected those claims, setting the stage for Jackson's murder trial.

At trial, Jackson's attorneys argued the DNA evidence introduced at trial was inconclusive. Jackson also denied he told fellow inmates he could have gotten away with the murder, Action News Jax reported.

Then, there was the tattoo.

According to pictures introduced at trial, Jackson's back was covered in tattoos before his arrest, including two large gravestones running down his flank with Bible verses inked along their sides. First Coast News reported prosecutors asked Jackson on the stand about the "Tammy Welch 1984" inked on his lower back while he was awaiting trial.

Jackson said fellow inmates had been touching up each others' ink when someone put the name there without his knowledge. When he realized the tattoo said the name of his alleged victim, he had it blotted out, Jackson testified.

"I didn't want nobody thinking I killed nobody or nothing like that," he testified.

Closing arguments are expected to start on Friday.