Alibaba's Jack Ma, whose career took him from teaching English to becoming China's richest man, has often joked he was not a natural technology executive. 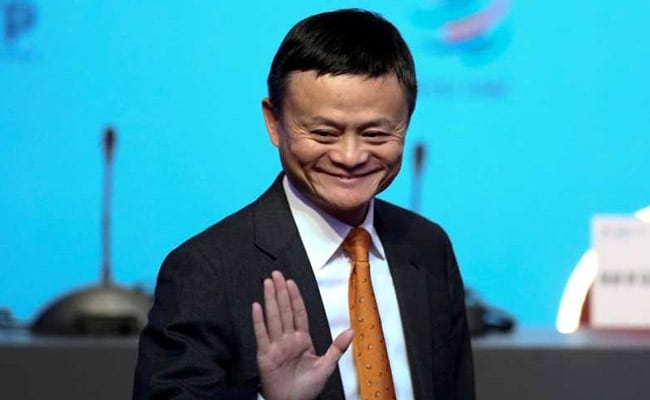 Jack Ma was Alibaba's chief executive until 2013, when he stepped down to become chairman (AFP)

Alibaba executive chairman and co-founder Jack Ma will retire from the e-commerce giant he founded in 1999, and devote his time to philanthropy in education, according to the New York Times.

Alibaba did not respond to multiple requests for comment. Ma, whose career took him from teaching English to becoming China's richest man, has often joked he was not a natural technology executive. But under his guidance, the Alibaba Group has become one of China's largest technology conglomerates.

Alibaba reported roughly $40 billion in revenue last year. In its most recent quarter, it reported about $10 million in e-commerce revenue. The company reported its annual active customer base hit 524 million.

Ma was Alibaba's chief executive until 2013, when he stepped down to become chairman. He founded the Jack Ma Foundation, a philanthropic organization devoted to education, in 2014. But he's remained very involved in the company he founded. When Alibaba debuted on the New York Stock Exchange in September 2014, Ma was on the podium to ring the opening bell.

Shares of Alibaba fell more than 2 percent in after-hours trading on reports of his retirement.

It's very unusual for a Chinese executive to retire so young. But Ma on Thursday told Bloomberg TV that he was mulling an early retirement similar to Bill Gates' early exit from Microsoft. When asked if his retirement could happen as soon as this year, Ma smiled and said, "You'll know very soon."

Ma's retirement puts more distance between Alibaba and one of its most visible and charismatic spokesmen. Alibaba, while hugely successful in China, it's not known as well overseas and the company has been looking for ways to raise its global profile.

Ma in July 2017 met with President Trump, part of several aggressive moves to introduce himself to the new administration as he pursued a deal to acquire the Dallas-based money transfer group MoneyGram. (That deal was blocked.) He also had dinner with Commerce Secretary Wilbur Ross, following a solo dinner with the president's daughter and adviser Ivanka Trump. Ma also helped broker a meeting of 20 US and Chinese executives in July 2017, to discuss economic rifts between the two countries.

Alibaba has not said who will succeed Ma as executive chairman; he will remain on its board of directors.

Ma told the Times that he sees his retirement as the beginning on a new chapter. He will officially retire on Monday, which is his 54th birthday. In China, it's also a holiday known as "Teacher's Day."