Ivanka Trump Could Be The Most Powerful First Lady Ever 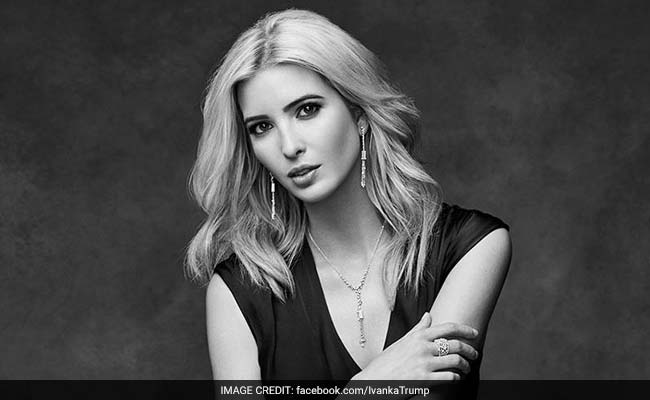 Ivanka Trump appears poised to be an adviser, advocate and hostess all at once (File)

First ladies aren't always presidential spouses. In fact, two early uses of the title refer to the beautiful, popular Harriet Lane, niece of James Buchanan, the only lifelong bachelor president. She was an able hostess who, not long before the Civil War, arranged for Northern and Southern guests to be seated apart at a White House function in order to keep the peace. Harper's Weekly called her "Our Lady of the White House," and Frank Leslie's Illustrated Newspaper captioned Lane's picture thusly: "The subject of our illustration . . . may be justly termed the first lady in the land."

So as we learn that Ivanka Trump, Donald Trump's oldest daughter, arranged a meeting between the president-elect and former vice president Al Gore; that she and husband Jared Kushner are reportedly house-hunting in Washington; and that Ivanka is rumored to be looking at White House office space, it's pretty fair to say she isn't breaking completely new ground. There's no job description, so like other first ladies, Ivanka can define her position - and it looks like the gig is hers - in a unique way: to advocate for nonpartisan causes as Laura Bush did with children's literacy and Michelle Obama did with nutrition, or she can do what Hillary Clinton did and set up in the White House's West Wing and serve as a de facto policy adviser.

But unlike her predecessors who weren't the wife of the president, Ivanka appears poised to be an adviser, advocate and hostess all at once. Which could revolutionize the role - and make her the most powerful first lady ever.

"Ivanka and Jared and Don Jr. are more influential than any Cabinet member," a friend of the Trumps told me recently, referring to the first daughter, her husband and her older brother. And given Ivanka's enthusiasm on the campaign trail and her understanding of the ways of official Washington - in contrast to her stepmother's apparent indifference - it's not only conceivable that she'll be the incoming administration's titular first lady, she'll redefine the position by expanding it in ways that will make it almost unrecognizable.

When I interviewed Rosalynn Carter earlier this year, she clearly remembered the uproar over her decision to sit in on her husband's Cabinet meetings, even though she did so without saying a word. Then, first ladies were expected to hide their influence. Ivanka, on the other hand, was at the table Wednesday (along with Don Jr. and brother Eric) when the president-elect met with tech CEOs. And she hasn't done much to dispel the notion that she and her husband will be top advisers, despite describing her role in the administration to "60 Minutes" reporter Leslie Stahl by saying, "I'm going to be a daughter."

Throughout our nation's history, nontraditional first families, with a president who had remarried, or with someone other than the president's wife serving as first lady, were not as uncommon as they have been in recent years. In part, that's because life expectancies used to be so much shorter. Martha Jefferson Randolph was first lady because her mother died nearly 20 years before her father, Thomas Jefferson, was inaugurated. Rose Cleveland was her brother Grover Cleveland's first lady until his marriage to Frances Cleveland. In more recent times, filling in for the first lady hasn't always been a coveted assignment: 17-year-old Susan Ford stepped in temporarily, and reluctantly, during President Gerald Ford's first diplomatic reception, when first lady Betty Ford was recovering from a mastectomy and couldn't attend.

A mix of daughters, nieces and sisters have held the position. But it has become increasingly unusual for a first daughter to take on more than a peripheral role in her father's administration, and it has been a century since there was a first lady who was not the president's wife. The last time it happened was in 1914, when President Woodrow Wilson's wife died less than two years after his inauguration and their daughter, Margaret, became hostess until President Wilson married Edith Bolling Galt Wilson. Edith would become the most powerful first lady - seen almost as an acting president - after the president suffered a debilitating stroke in 1919, 18 months before he left the White House. Ivanka probably won't wield that much unilateral clout, but the breadth of her involvement will be singular.

There's also precedent for reluctant first spouses. Jacqueline Kennedy depended on Lady Bird Johnson to fill in for her so often that Kennedy's staff took to calling the then-second lady "Saint Bird." Bess Truman fled Washington to her home in Independence, Mo., as often as possible, but as wives of presidents, both she and Kennedy were still expected to make themselves available for state dinners, holiday celebrations and foreign trips. Melania Trump is a more exaggerated and, in a way, more transparent version of these women. Though Melania emerged occasionally during the campaign, she's been almost invisible during the transition. Up to now, she's not even made the pretense of moving into the White House, planning instead to remain at Trump Tower for at least the first several months of her husband's administration.

Ivanka, then, will start out as the most prominent woman in her father's White House. And while I'm not sure she'll always delight in playing hostess, I do think she is intrigued by the potential to serve as an envoy from President Trump to skeptical blue America. She has, after all, already brokered meetings between her father and Gore and Leonardo DiCaprio, two of the country's most visible environmental activists. She was already a powerful voice in the campaign, and before that she was the most visible representative of the Trump brand, next to her father.

She's already participated in calls and meetings between Trump and heads of state, including Japanese Prime Minister Shinzo Abe and Argentine President Mauricio Macri - signaling that her father trusts her diplomatic instincts, but also raising questions about conflicts of interest between her role as a member of the first family and her post in the Trump Organization, which has business dealings in both of those countries.

One way to view Ivanka's unapologetic assertion of herself as a policy adviser is that she's already cleared the bar that Lady Bird warned her daughters about: "Don't do anything you wouldn't mind seeing on the front page of the newspaper." Ivanka has lived her whole life understanding this maxim and is prepared for the White House in a way that presidential daughters who came before her, including Luci and Lynda Bird Johnson, Tricia and Julie Nixon, and Jenna and Barbara Bush, weren't. She always appears unflappably cool, calm and collected. And while it is nothing new for presidential children to give campaign speeches (Lyndon Johnson routinely graded his daughters' speeches) it is rare to have a presidential daughter so eclipse the president's wife. Melania made only two big speeches during the campaign - including her embarrassing remarks at the Republican National Convention when it appeared that she had cribbed from Michelle Obama's 2008 Democratic National Convention speech. By contrast, Ivanka was a constant presence, traveling the country to places that wouldn't automatically be seen as likely campaign stops for a glamorous New Yorker, avoiding major gaffes and being widely viewed by political observers as an asset to her father's political operation.

Other presidential daughters who've waded into politics have had to make tremendous personal sacrifices. As Vietnam War protests raged in the spring of 1970, the head of Julie Nixon's Secret Service detail warned her against attending her own graduation from Smith College. She had been one of her father's fiercest public defenders and in a heart-wrenching plea she wrote to her father's adviser, John Ehrlichman: "I truly think the day will be a disaster if he comes." To wield the power she potentially could, Ivanka will need to have the same flexibility. During the campaign she unwisely cut short an interview with Cosmopolitan's Prachi Gupta because she said the reporter's questions about conflicts between her statements on child care and her father's statements years before had "a lot of negativity." That's an answer the media probably won't accept from someone with West Wing influence.

If Ivanka does move to Washington, she will soon learn why many first ladies found the White House confining, from Bess Truman (who called it the "great white jail") to Michelle Obama, who once joked that the White House was like a "really nice prison." So maybe it's best that Ivanka relishes her incredible position and at least clearly seems to want to be in Washington. When reporters tried to interview Truman, she replied, "You don't need to know me. I'm only the president's wife and the mother of his daughter."

In a Washington Post interview in April, then-candidate Donald Trump described Melania's reluctance: "We have such a great life. Why do you want to do this?" he said she asked him. He replied with his usual modesty: "I sort of have to do it, I think. I really have to do it." Ivanka doesn't share her stepmother's reticence. She fits the mold of Alice Roosevelt Longworth, President Theodore Roosevelt's first daughter, who described herself as "ecstatic" when her father became the 26th president (leaving aside the reason for his sudden succession: President William McKinley's assassination). Perhaps we should applaud a woman who wants to put her own stamp on a role that has continually evolved.

Just as so many were anticipating Bill Clinton's redefinition of the role of first spouse, maybe Ivanka will force a reconsideration of what being first lady means and who should fill that position. I think it should be someone who wants it, and who recognizes the incredible responsibility - and opportunity - that comes with the admittedly outdated moniker. Not just someone who inherits the title.