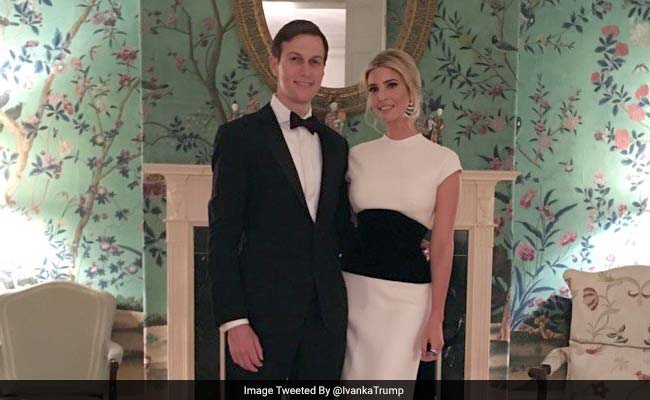 Trump-Kushner family moved into the mansion earlier this year.

WASHINGTON: There's one less mystery surrounding the Trump family: The identity of the landlord who rents to first daughter Ivanka Trump and her husband, top White House adviser Jared Kushner, has finally been revealed.

And the rent check goes to ... a Chilean billionaire. And not just your run-of-the-mill Latin American magnate, but one who is mired in a legal battle with the U.S. government, according to the Wall Street Journal.

The identity of the owner of the D.C. mansion that the Trump-Kushner family moved into earlier this year had been obscured through a company, "Tracy D.C. Real Estate, Inc.," listed on the deed for the sale in December, according to Washington property records. But the WSJ was able to locate the man behind the company: Andronico Luksic belongs to Chile's wealthiest families, the newspaper reports, and the U.S. branch of his company is suing the government for blocking its plan to run a copper-and-nickel mining operation adjacent to a Minnesota wilderness area.

A Luksic rep tells the Journal that the couple is paying "absolute market value" for the mansion, which the Trump-Kushner family has used for entertaining Kushner's colleagues from the Trump administration - and as a backdrop for Ivanka's gauzy Instagrams of their power-family lifestyle.


(Except for the headline, this story has not been edited by NDTV staff and is published from a syndicated feed.)
Comments
Ivanka TrumpJared KushnerIvanka Trump Landlord