"It's An Addiction": 85-Year-Old French Woman's Love For Marathons 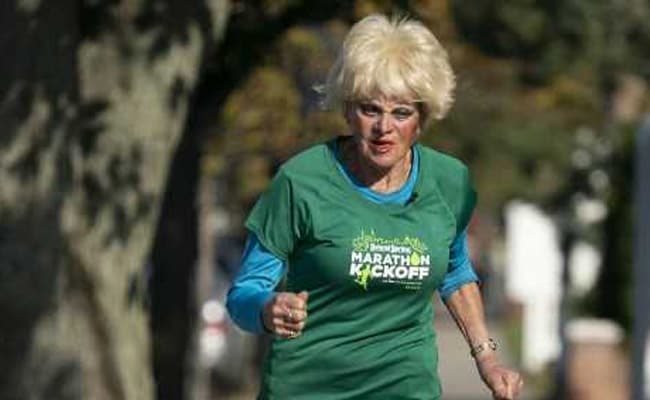 French marathoner Ginette Bedard, 85, runs near her home in the Queens Borough of New York. (AFP)

She runs three hours a day, 365 days a year -- but don't get her started on diets or supplements.

For 85-year-old Ginette Bedard, staying on her feet has been an essential part of her long life, and it has kept the loneliness of her later years at bay.

When she runs her 16th New York City Marathon this Sunday, Bedard, who was born in France, will be the oldest woman in the field -- and perhaps one of the few to admit she doesn't mind indulging in a little wine, cheese and ice cream even in the runup to race day.

"I don't need any special preparation, because I run every day for three hours, and I am always ready," says the slightly built woman with a big blonde hairdo, firing off her words like a machine gun as she sits in her office, filled with her medals.

"It's an addiction, a habit, and that's all," she adds. "I have plenty of time, I'm retired, my husband is no longer around. What do I do? So I run, it passes the time."

She is not alone as an older runner.

As average lifespans continue to grow in developed countries and running becomes more and more popular, there is a higher number of both octogenarians and even nonagenarians competing in marathons than ever before. 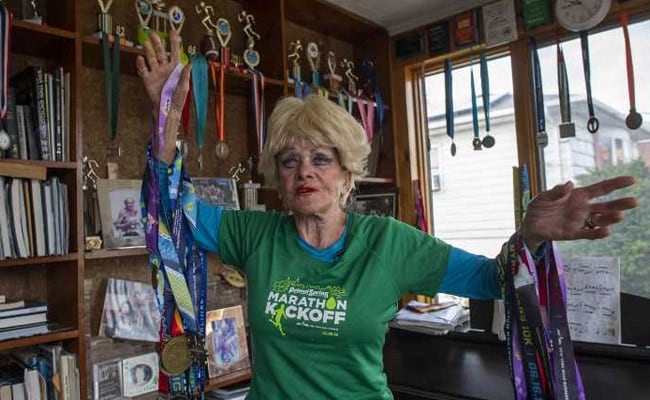 French marathoner Ginette Bedard, 85, poses for a photo in her home in the Queens Borough of New York. (AFP)

Every morning, Bedard makes her way to the beach, just a stone's throw from her house in the Queen's borough of New York.

She never listens to music or podcasts while running. "I don't want anything in my ears," she emphasizes. "I just think -- about my youth, my life in France, America, a bit about everything -- bills, money!"

Come rain, shine or snowfall, Bedard, who was born in Metz and emigrated to New York in the 1970s, before becoming a US citizen 20 years ago, runs 20 kilometers (12 miles) daily.

This week is no exception -- contrary to the advice given by experts nowadays who suggest less exertion in the lead-up to a long run.

Nor does she believe in special diets, describing them as "expensive and phoney."

On Sunday, Bedard, who began her distance running career at the tender age of 69, will be aiming to beat her personal best of 3 hours, 46 minutes, which she set at age 72 in 2005.

At the time, it was a new world record for her age category, but has been bested since.

Bedard used to run with her husband or her sister -- but no longer has a running partner her age.

No matter, she insists. "I like being alone now," she said, adding that she doesn't think others her age can keep up.

"Not everyone has this desire, this enthusiasm, discipline and drive," says the former Alitalia employee who during her working days woke up every morning at 3:30 am to go running before waking her two children, then heading in to work.

Despite her fierce independence, she admits that she does at times feel lonely following the death of her husband four years ago.

"I wouldn't mind having a boyfriend," she says, "but all the men my age are old fogeys, and the younger ones are married. So there's nothing for me."

Resignation and weariness are not words in Bedard's vocabulary, however. And she has her eyes firmly set on Sunday's finish line. "When you cross the line and get your medal -- thank you, God! What a feeling."