An Israeli agent may have been compromised due to Donald Trump's alleged leaks to Russia. 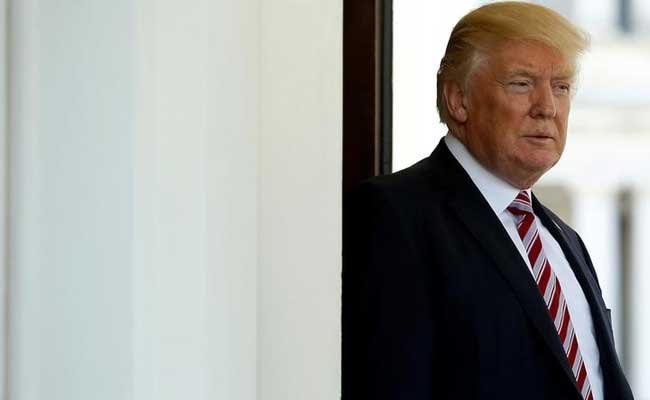 Jerusalem: Israeli intelligence experts are gravely concerned that US President Donald Trump's sharing of classified information with Russia may have compromised an Israeli agent, but don't expect any long-term consequences for intelligence cooperation.

Trump has confirmed via Twitter that during a meeting with Russian Foreign Minister Sergei Lavrov at the White House last week he shared information related to a potential airline plot by ISIS, thought to involve a laptop bomb.

The New York Times, citing a current and a former US official, reported on Tuesday that the information Trump divulged came from an Israeli intelligence asset based in ISIS-held territory in Syria.

Israeli officials have declined to confirm whether they were the source of the information Trump shared, but have been quick to say counter-terrorism coordination with the United States is strong.

"The security relationship between Israel & our greatest ally the United States is deep, significant & unprecedented in volume," Defence Minister Avigdor Lieberman said on Twitter, remarks that were echoed by the intelligence minister.

Ron Dermer, Israel's ambassador to Washington, issued a similar statement, saying: "Israel has full confidence in our intelligence-sharing relationship with the United States and looks forward to deepening that relationship in the years ahead under President Trump."

Israeli intelligence experts said they could not confirm whether an Israeli asset was the source. But they said Israel had developed a deep network of human and signal intelligence across the region and it was plausible that it had managed to infiltrate ISIS as part of that long-running effort.

"Israeli intelligence agencies have shown that they can have such human sources," said Aviv Oreg, former head of the Al Qaeda and global jihad desk in the army's military intelligence department, who now runs a counter-terrorism consultancy.

"It would take a lot to put someone inside ISIS. If there is an agent, I'm sure it's the only one. If we have really lost a human source over there, it's a major loss and it will take years to regenerate another one," he said.

"Israel will be furious about it," he added, highlighting that it was likely to have implications for how Israel operates its human intelligence assets more broadly, and may make others unwilling to cooperate with it in the future.

At the same time, he said Israel understood that Trump, as president and commander-in-chief, had the authority to divulge the information, even if in doing so he had shown that he "has no experience in how to deal with intelligence."

Kobi Michael, a senior research fellow at the Institute for National Security Studies and the former deputy director of Israel's ministry of strategic affairs, described Trump's leak as "very concerning" if there was a risk of having endangered an Israeli asset.

While there were good reasons to assume the compromised source was an agent, he said it was also possible it was well-placed piece of signal intelligence.

"When it comes to ISIS, they are very active in the social network world and on digital platforms. So who knows, all options are valid, even if as far as I understand the context, it looks like a human intelligence source."

Michael described Israel as having far better intelligence capabilities in the region than the United States, making it a critical partner for Washington. Yet both sides have an interest in continuing to cooperate fully on intelligence.

"What happened is a problem, it shouldn't have happened. But mistakes do get made, not only by the Americans, but sometimes by the Israelis too," said Michael.

"I assume that Trump had other considerations in mind and was perhaps not aware of the consequences of what he was saying. But this should not change the level of cooperation, which needs to be constantly broadened and deepened."

Amnon Sofrin, former head of Mossad's intelligence directorate, said the issue was unlikely to be touched on when Trump visits Israel on his first foreign trip next week.

Handling the fallout from the leak would be dealt with through intelligence channels -- between Mossad and the US Central Intelligence Agency -- not diplomatic ones.

"Cooperation between our two organisations is so solid that I don't believe that a special event will cause any big damage, it may cause local damage, but not a disaster," he said.

Promoted
Listen to the latest songs, only on JioSaavn.com
"None of us in Israel's intelligence community likes this event. But I think it can be put aside and allow (Trump's) visit to be very fulfilling and I hope very successful."