The airline's longest-serving flight attendant retired on Wednesday after leading the cabin crew on a groundbreaking return trip to Abu Dhabi with Israeli envoys. 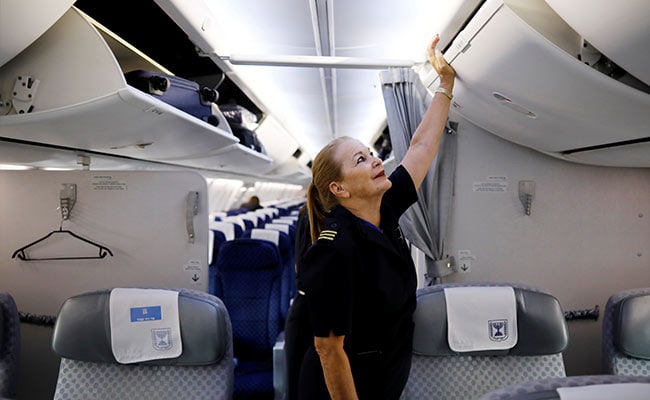 Hedva Opatovsky's first flight to the United Arab Emirates was her last for El Al, the Israeli flag carrier whose routes she has plied through almost a half-century of wars and peacemaking.

The airline's longest-serving flight attendant retired on Wednesday after leading the cabin crew on a groundbreaking return trip to Abu Dhabi with Israeli envoys who hammered out a deal normalising relations with the Gulf power.

"This is the historic flight, I think, in (my) 46 years - very, very emotional," she told Reuters, referring to her long career with the airline. "It's a good opportunity to open up other countries to make peace with us."

When Opatovsky joined El Al, Israel was reeling from the 1973 Middle East war. Three years later, her husband, an Israeli security officer, accompanied diplomats who set up peace talks with Egypt. A similar deal with Jordan would follow 20 years on.

She has attended to Israeli prime ministers and foreign dignitaries. Monday's outgoing flight to Abu Dhabi passed over Saudi Arabia - a breakthrough for Israeli aviation that allowed her to gaze down on its vast and previously inaccessible desert.

Passengers applauded as Flight 972 - a nod to Israel's telephone code - landed in Tel Aviv on Tuesday. Opatovsky, retiring reluctantly at 67, bid them farewell over the PA system: "May we always go in peace."