Sinmyah Amera Ceasar, who was arrested in November 2016 at John F. Kennedy International Airport in New York as she tried to leave the United States 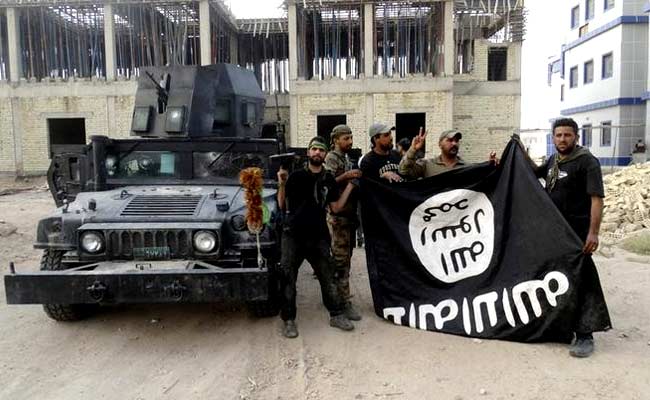 A U.S. judge on Wednesday sentenced an ISIS recruiter known as "Umm Nutella" to four years in prison, far less than federal prosecutors had sought, even though she double-crossed them after agreeing to cooperate.

Under the sentence imposed by U.S. District Judge Jack Weinstein, New Jersey-born Sinmyah Amera Ceasar, 24, also will get credit for the 29 months she has already served, a spokesman for the Brooklyn U.S. Attorney's Office said.

U.S. Attorney Richard Donoghue had asked the judge to send her to prison for 30 to 50 years, consistent with federal sentencing guidelines for the two federal charges to which Ceasar pleaded guilty.

Defense attorneys urged leniency for Ceasar, citing a troubled childhood of sexual abuse and being handed off among foster families, the New York Daily News reported on Tuesday.

In handing down the sentence on the third day of a hearing in the 2-1/2-year-long case that prosecutors had kept under wraps until Monday, Weinstein said sentencing guidelines were too harsh for this case, local media reported.

"It's apparent that this young woman is in need of serious educational, medical, and economic support," the New York Post quoted the judge as saying. "This sentence will also save her as a human being."

Ceasar, who was arrested in November 2016 at John F. Kennedy International Airport in New York as she tried to leave the United States, pleaded guilty the following February to conspiracy to provide material support to a foreign terrorist organization, according to a June 17 sentencing memo.

In the memo, Donoghue called her a "committed recruiter and self-described 'assistant'" to the ISIS.

She confessed to using Facebook and other platforms to connect people with ISIS members who would help them travel to territory controlled by the group and expressed her own desire to go there "and die as a martyr," Donoghue said.

At the time of her plea, Ceasar agreed to cooperate with the government. But while she was free on bail between April and July 2018, prosecutors said she reconnected with some of the very people she had identified as ISIS members.

Donoghue said Ceasar also resumed using her code name "Umm Nutella" in her communications, which she sought to cover up.

"The name 'Umm Nutella' was how the defendant identified herself to the other ISIS operatives and supporters with whom she communicated," he said.