Ireland Tipped To Repeal Abortion Ban By A Landslide 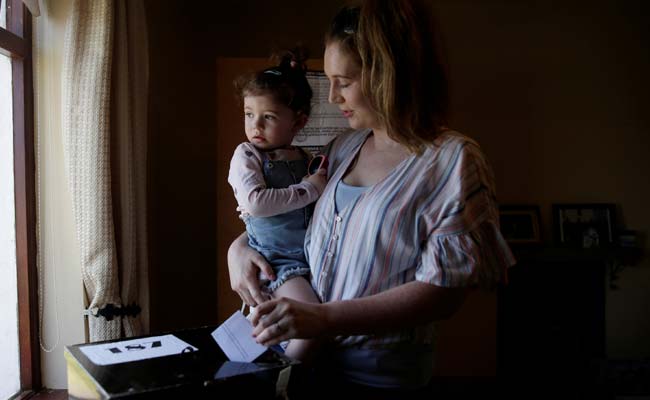 Dublin: Counting begins on Saturday in Ireland's historic referendum on abortion as exit polls showed an overwhelming vote in favour of liberalising some of the strictest laws in Europe.

Friday's vote to repeal a ban in this traditionally Catholic country was predicted to win by a two-thirds majority.

The Irish Times survey suggested that women voted by 70 percent in favour of the proposal and 30 percent against. Support among men was 65 percent pro-choice and 35 percent anti-abortion. 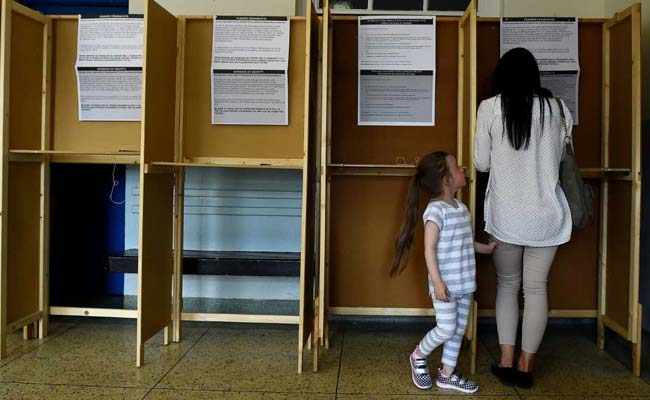 Among the youngest voters, 18-24-year-olds, the poll found that 87 percent of respondents voted to allow abortion (Reuters)

"Thank you to everyone who voted today. Democracy in action. It's looking like we will make history tomorrow," Prime Minister Leo Varadkar, who backs the reform, said in a tweet.

People over 65, however, voted mostly against overhauling the current legislation, which only allows terminations in cases where the mother's life is in danger.

Among the youngest voters, 18-24-year-olds, the poll found that 87 percent of respondents voted to allow abortion.

"The victory for the 'Yes' campaign looks set to be neither narrow nor based on a few segments of Irish society. Rather, it will be carried high on the shoulders of a majority across the entire country," he said.

Kelly pointed out that in Connacht/Ulster, traditionally seen as the most conservative region in the country, the exit poll indicated that 59 percent voted for change.

He called it "the final casting off of old mores".

Nearly 3.5 million voters were asked whether they wanted to overturn the ban after an emotional and divisive campaign.

Results for different parts of the country are expected from 1100 GMT, with a final result to be announced later in the day at the main counting centre in Dublin Castle.

People arriving at polling stations from the early morning spoke about the momentousness of a complex decision that in many cases pitted moral against religious beliefs.

Ireland has traditionally been one of the most religious countries in Europe. However, the Roman Catholic Church's influence has waned in recent years following a series of child sex abuse scandals.

The referendum came three months before a visit by Pope Francis for the World Meeting of Families and three years after Ireland voted to legalise same-sex marriage despite the Church's opposition.

"The fact that it's illegal for somebody in Ireland to seek medical treatment, having to travel outside the country and to feel that guilt, shame and isolation, it's absolutely shocking," said Belinda Nugent, 43, a community activist voting in north Dublin.

"I took it really personally, this vote."

But across the city, Finbar O'Regan, 50, said he wanted a "good, strong No vote".

The unemployed Dublin voter said his mother had been sent to England to have him born and adopted.

Canvassers were out on the city's streets holding up signs and wearing t-shirts with campaign slogans. One in southwest Dublin offered hugs to people who voted in favour of repealing the ban.

The eighth amendment to the Irish constitution was installed following a 1983 referendum which approved outlawing abortion.

Anyone terminating a pregnancy in Ireland could face 14 years in jail.

The ban has led to thousands of women travelling each year to neighbouring Britain, where terminations are legal, or increasingly turning to abortion pills sold online.

The law was tweaked in 2013 to allow terminations if the mother's life is at risk.

Promoted
Listen to the latest songs, only on JioSaavn.com
The Irish government has proposed that if the eighth amendment is repealed, abortion will be allowed up to 12 weeks and between 12 and 24 weeks in exceptional circumstances.