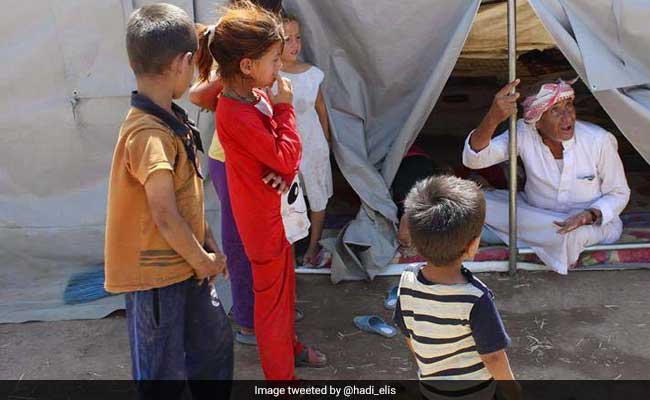 Humanitarian officials estimate 600,000 people or more had to flee their homes in Mosul conflict.

Baghdad: Iraq's assistance to civilians forced from their homes by conflict has been far from adequate, Amnesty International said today, warning that fresh displacement could spell catastrophe.

"The Iraqi authorities' response to displaced people has been woefully insufficient and much of the world has largely ignored their plight," the rights group said.

Both Iraqi and foreign aid efforts came under criticism in June for failing to provide basic assistance to the tens of thousands displaced from the Fallujah area during the military operation that defeated the ISIS group there.

The northern city of Mosul, the jihadists' last major stronghold and the next Iraqi target of the war on ISIS, has a civilian population many times larger.

Military and humanitarian officials estimate that 600,000 people or more could have to flee their homes in the course of an operation to retake Mosul, the country's second city.

Iraqi federal, Kurdish and allied forces have been conducting operations in recent weeks to set the stage for an assault on Mosul.

Hundreds of thousands of people were displaced when ISIS took Mosul in June 2014 and vast surrounding areas two months later.

Most of them fled to the neighbouring autonomous region of Kurdistan, which has struggled to cope with the sudden surge in population.

Rovera said the West had been far more eager to fund military operations against ISIS than the humanitarian effort.

"World leaders must urgently step up their funding for humanitarian assistance to those displaced civilians, some of whom were forced to flee due to the military operations supported by the international community," she said.

Some 3.4 million people have been displaced in Iraq since the start of 2014. They are among around 10 million people in the country deemed to be in need of humanitarian assistance.

The UN says its humanitarian response plan is only funded up to 47 percent.