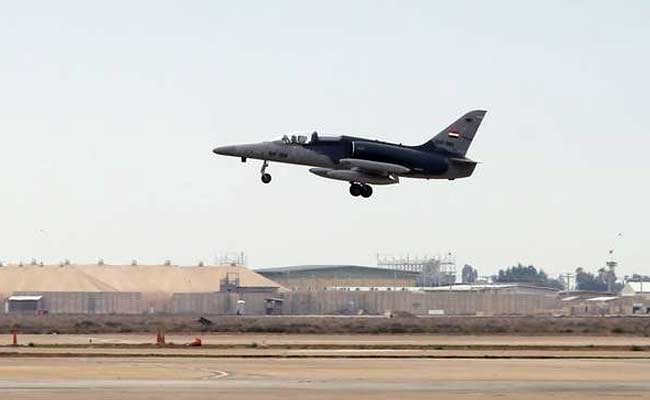 Baghdad: More than 60 per cent of sorties against ISIS in Iraq are carried out by the nation's air forces and about 40 per cent by the US-led coalition, Prime Minister Haider al-Abadi said on Saturday. Iraq's army last month scored its first success against ISIS when it recaptured, with air support from the coalition, the city centre of Ramadi. Until then, it was the Iran-backed Shi'ite militias that were leading the fight against the hardline Sunni militants.

Speaking at a ceremony in Baghdad broadcast live on state TV, Abadi said Iraq still needed foreign assistance for air cover, training and armament, but not for ground operations. Abadi renewed his call for Turkey to withdraw troops deployed in the region of Mosul, the largest city in northern Iraq which has been under ISIS control since 2014.

"This is a frank invitation to Turkey our neighbor to pull out its forces from Iraq," he said. "We will deploy every effort permitted by our rights and international law to make them leave," he added. Turkey deployed around 150 troops last month at the Bashiqa base, where it is training an Iraqi militia to fight ISIS, citing heightened security risks.

Turkish President Tayyip Erdogan on Friday said Turkish troops repelled an ISIS attack on the base, killing 18 militants, adding that this incident vindicated the presence of the protection force. The Iraqi army later denied that any clash happened recently between Turkish forces and the militants.
© Thomson Reuters 2016