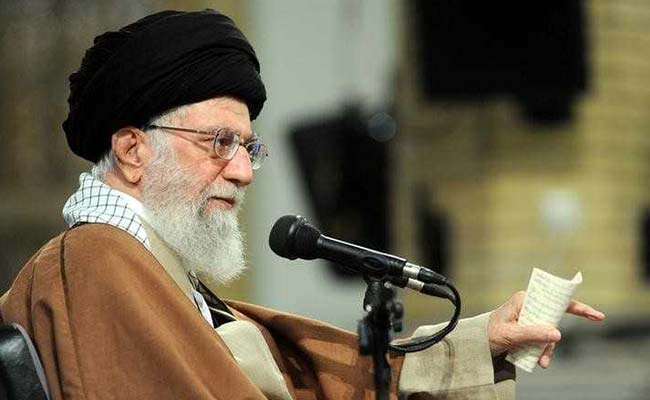 In a rare public sermon on Friday, Iran's Supreme Leader Ayatollah Seyyed Ali Khamenei hit out at Germany, France and the UK for being the "errand boys of the US" who were not trustworthy and also mocked US officials as "clowns".

"Following the US exit from the JCPOA, the three governments started to speak nonsense but I said from the beginning that they are not trustworthy, as they will do nothing and will be at the US service," news agency IRNA quoted him addressing a gathering of worshippers at the Imam Khomeini Mosalla (prayer ground) in Tehran.

The highest spiritual and political authority in Iran noted that "today after a lapse of one year it was clear that they are the US errand boys", reported the news agency.

Their negotiations are also intertwined with deception, as the same persons sitting on the negotiating table are the same terrorists operating in Baghdad Airport; they are the same but their clothes are changed, he said.

The remarks come days after Iranian general, Qasem Soleimani, was killed in a US drone strike in Iraq. Iran retaliated with strikes on US targets.

IRNA reported that on the assassination of the Soleimani, Ayatollah Khamenei went on to stress that "the very incident of this martyrdom itself was one of the cases where the will of the Almighty is revealed because the infamous US government caused a scandal for itself; they killed a person who was the strongest and most powerful commander leading the combat against terrorism.

"Martyr Soleimani was in the true sense of the word the most mighty anti-terrorism commander in the region who became well known for that," Ayatollah Khamenei said.

Earlier in 2012 during the Arab Spring uprisings in the region, Iran's Supreme Leader had delivered a sermon and similarly in the year 2009 he had addressed people during widespread protests in Iran after disputed presidential elections.