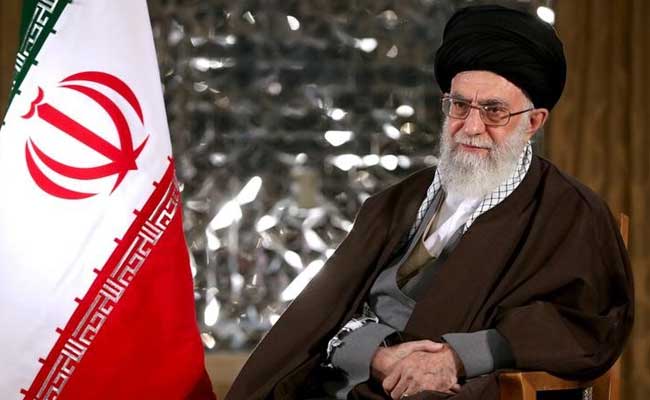 Iran's supreme leader Ayatollah Ali Khamenei on Wednesday praised the country's people for foiling a "very dangerous" plot after violence erupted during protests this month against a fuel price hike.

New York-based Human Rights Watch meanwhile accused the Islamic republic of "deliberately covering up" more than 100 deaths and thousands of arrests during the crackdown.

The demonstrations first flared on November 15, hours after a midnight shock announcement that petrol prices would immediately go up by as much as 200 percent in the sanctions-hit country.

Iranian officials have confirmed five people were killed and so far announced about 500 arrests, including of some 180 "ringleaders".

The extent of the bloodshed remains unclear, however, mainly due to a near-total internet blackout imposed during the unrest -- a move Iran's critics say aims to curb the spread of videos of the violence.

London-based Amnesty International said on Monday that 143 people were killed and up to 7,000 arrested, citing what it said were "credible reports".

Iran has blamed the street violence on "thugs" backed by its foreign enemies, including the United States, Israel and the People's Mujahedeen of Iran, an exiled opposition group it considers a "terrorist" cult.

"The people foiled a deep, vast and very dangerous conspiracy on which a lot of money was spent for destruction, viciousness and the killing of people," Khamenei said, quoted by state television.

The Iranian leader was speaking at a gathering of the Basij -- a militia loyal to the Islamic republic's establishment.

On Twitter, Khamenei expressed his "heartfelt gratitude and appreciation" to the Iranian nation in a post that featured pictures of a massive pro-government rally held in Tehran on Monday.

"The people proved again that they are powerful and great, and defeated the big conspiracy of the enemy with their presence on the scene," it said.

"Police and security forces ... performed their duty, but what the nation did during this week was more important than any other measure," said another tweet.

The tweets blamed the unrest on the "#GlobalArrogance and #Zionism" -- referring to Iran's arch-enemies the US and Israel.

Fear and retribution
The United States said it had received thousands of messages from Iran about protests after appealing to demonstrators to defy restrictions on the internet.

Iran has yet to respond.

Long-fraught links between Tehran and Washington plunged to a new low in May last year when the US unilaterally withdrew from an international accord that gave Iran relief from sanctions in return for curbs on its nuclear programme.

In its report released in Beirut, Human Rights Watch accused Iran of "deliberately covering up the scale of the mass crackdown against protesters".

HRW called Iranian authorities to "immediately announce the number of deaths, arrests, and detentions... and permit an independent inquiry into alleged abuses".

Its deputy Middle East director, Michael Page, criticised Iran for having so far "refused to provide an accurate death toll and instead threatened detainees with death".

"Keeping families in the dark about the fate of their loved ones while ratcheting up an atmosphere of fear and retribution is a deliberate government strategy to stifle dissent," Page said.

Internet connectivity has returned to much of the country in recent days, except on mobile telephone networks, said NetBlocks, a site that monitors internet disruptions.

(Except for the headline, this story has not been edited by NDTV staff and is published from a syndicated feed.)
Comments
IranFuel price hikeProtest