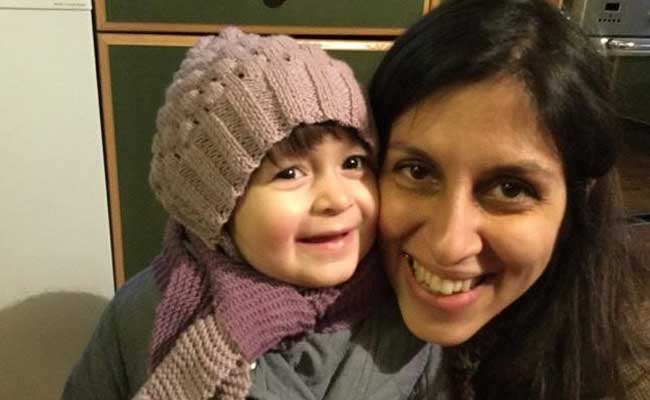 Nazanin Zaghari-Ratcliffe has been sentenced to jail for allegedly overthrowing the Iran government.

Tehran: Iran has sentenced a British-Iranian woman accused of trying to overthrow the cleric-run government to five years in prison, a news website affiliated with the judiciary reported on Sunday.

Mizan Online quoted a prosecutor as saying the sentence against Nazanin Zaghari-Ratcliffe has been finalized. The prosecutor, Abbas Jafari Dolatabadi, did not elaborate.

Ms Zaghari-Ratcliffe, who works for the Thomson Reuters Foundation, the news agency's charitable arm, was detained in April 2016 while trying to leave the country with her toddler daughter, who remains in Iran with family after authorities seized her passport.

Her husband, Richard Ratcliffe, confirmed that an appeals court upheld her sentence, for the charge of "acting against national security." The family has denied she violated any laws.

Iranian authorities have arrested a number of dual citizens on security charges since the Islamic Republic reached a nuclear accord with world powers in 2015, in a crackdown led by hard-liners in the security services and the judiciary.

Promoted
Listen to the latest songs, only on JioSaavn.com
Iran does not recognize dual nationalities, meaning those detained cannot receive consular assistance. In most cases, dual nationals have faced secret charges in closed-door hearings in Iran's Revolutionary Court, which handles cases involving alleged attempts to overthrow the government.