Iran Air To Receive 5 ATR Planes Before US Sanctions

"Based on existing agreements, five new ATR aircraft will land at Mehrabad Airport at 9 am (0430 GMT) tomorrow (Sunday)," the national carrier said on its Telegram channel. 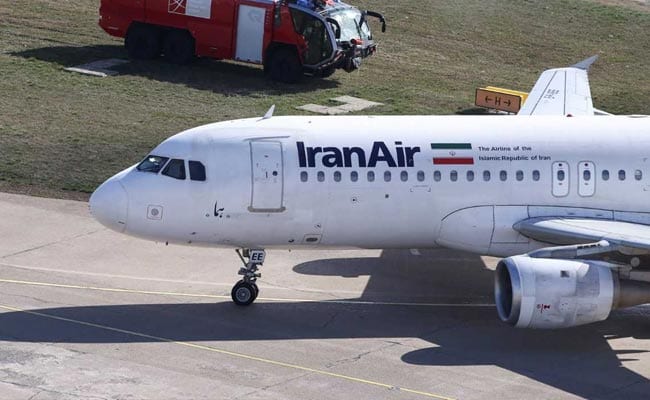 Iran Air said Saturday it was set to take delivery of five new planes from Franco-Italian firm ATR just before renewed US sanctions go into effect.

"Based on existing agreements, five new ATR aircraft will land at Mehrabad Airport at 9 am (0430 GMT) tomorrow (Sunday)," the national carrier said on its Telegram channel.

The new ATR-72600 planes are part of a deal for 20 new aircraft that Iran Air agreed to buy in April 2017, of which eight have been delivered so far.

The deal was thrown into doubt by the US decision to withdraw from a 2015 nuclear deal between Tehran and major powers and reimpose sanctions, part of which are due to resume from Tuesday.

Monday will mark the final day of a "wind-down period" after which sanctions will be reimposed by the US Treasury from just after midnight.

The first phase of renewed sanctions includes blocks on financial transactions and imports of raw materials, as well as sanctions on Iran's automotive sector and commercial aircraft purchases.

Remaining sanctions -- including on Iran's oil and gas sector and central bank -- will resume on November 5.

Iran says the sanctions are endangering lives by blocking the sale of new planes and spare parts for its ageing fleets.

Iran's Aseman Airlines was ordered to ground its fleet of ATR planes in February after one of them crashed in the Zagros mountains, killing all 66 people onboard.

The twin-prop planes are jointly manufactured by France's Airbus and Italy's Leonardo, but because just over 10 percent of their parts are made in the US, they are subject to the renewed sanctions.