Iran Accuses US Of Stirring Tensions In Gulf 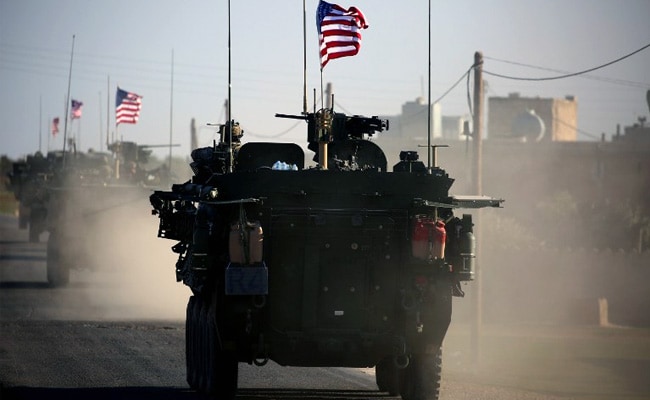 "A US Navy ship crossing the Strait of Hormuz changed its international route and approached to within 550 metres of Revolutionary Guards' boats in an unprofessional way," Mehdi Hashemi told the Guard's website Sepahnews.

He said actions by the United States and the United Kingdom in recent days showed they have "harmful, illegitimate and provocative objectives".

"Not only do they not want stability and security in the Persian Gulf and the Strait of Hormuz, but they seek to create tensions and a crisis," he said.

The Pentagon on Monday blasted the "unprofessional" behaviour of the Iranian navy.

It said an Iranian frigate last Thursday came within 150 yards (metres) of the civilian-crewed USNS Invincible.

Then on Saturday, a number of small assault craft came within 350 yards of the Invincible and other ships.

In both cases, the US ship had to change course to avoid a collision, Pentagon spokesman Navy Captain Jeff Davis said.

Jeff Davis accused Iranian forces of "a combination of unsafe or unprofessional behaviour" and warned that such incidents could cause a miscalculation or an accidental provocation.

He said Iranian actions in the crowded waters of the Gulf had been improving of late.

The Pentagon has previously voiced concern over a string of high-profile incidents in waters off Iran.

It has accused the Iranian Revolutionary Guard Corps (IRGC) of conducting risky manoeuvres around US vessels, including some where the Americans have had to fire warning shots.

The prefix "USNS" means the ship belongs to the US Navy but is unarmed or only lightly armed.
Comments
PentagonIranian Revolutionary Guard CorpsIranian NavyCaptain Jeff Davis