World Tiger Day 2018: International Tiger Day is celebrated on this day to increase awareness on tiger populations throughout the world as well as the challenges and successes tiger conservationists face today. 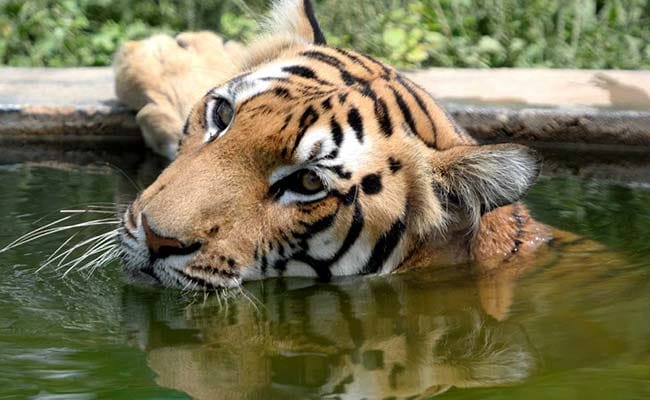 The World Wide Fund for Nature or WWF, in a report, shares some interesting facts. In 2016, the WWF shared good news, saying the wild tiger population was increasing.

They said the wild tiger count went up to 3,900. The report also said that the Tx2 initiative, a global collaboration of 13 tiger range country governments and international corganisations, had committed to doubling the number of wild tigers by 2022.

India, which holds a vast tiger population, has launched what the government claims to be the world's largest wildlife survey effort.

It is a matter of pride for us that India is home to the largest population of Tigers in the world. It is therefore our bigger responsibility to preserve and protect our national pride. On this #InternationalTigerDay , Lets pledge to conserve them. pic.twitter.com/nERQJLO1Pz

The All-India Tiger Estimation, 2018, is a census exercise to estimate the number of tigers present throughout the country presently.

It's International #Tiger day. A day to raise awareness about tiger conservation, as it is not only about one species. You conserve tiger to conserve ecosystem. Some 4000 left on this whole planet. pic.twitter.com/6QwvwmLXT1

The census exercise will use the latest technology, including Monitoring System for Tigers-Intensive Protection and Ecological Status or M-STrIPES application, for collecting, archiving and analyzing data.

Thanks to everyone who has helped us protect tigers in the wild. $5 will protect one tiger for one day in Sumatra. #InternationalTigerDaypic.twitter.com/JiH9GSjrH7

The application will record data on signs and animal sightings with geo-tagged photographs. "With increased camera trap density and the use of android technology, estimates arrived at are likely to be more robust - both in terms of accuracy and precision," said a Press Information Bureau press release on the census.

Celebrating #InternationalTigerDay with the good news about the rise in the number of tigers remaining in the wild: https://t.co/1Gdb4KrSkP

The PIB press release also said nearly 15,000 cameras will be used as compared to the 9,700 cameras used for the last census in the year 2006.

This majestic creature is on the verge of extinction. Do not let that happen. Stop deforestation, hunting and poaching. Save our national animal. #InternationalTigerDay#India#incredibleindia@tourismgoi@alphonstourismpic.twitter.com/wrhZvL4Swj

India conducts a census to assess tiger population every four years. The cycles of the estimation have already been completed in 2006, 2010 and 2014.

This year, once the census is completed, tiger conservationists throughout the year, will hope that tiger numbers will increase in India, which has the most number of tigers in the world.