International Peace Day: The theme for this year is: "The Right to Peace - The Universal Declaration of Human Rights at 70". 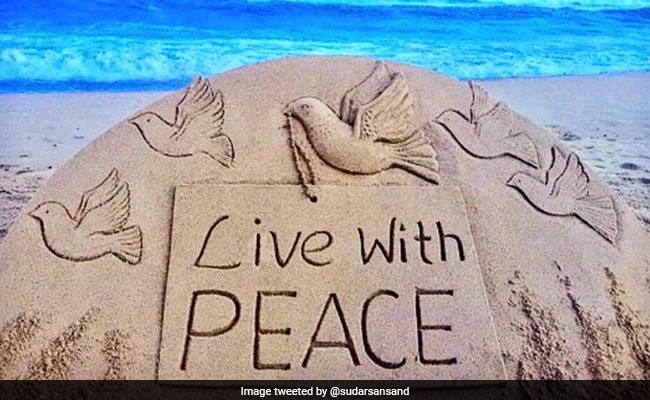 The global community is celebrating the International Day of Peace today.  The day is observed on 21 September every year.  The International Day of Peace was first celebrated in 1982. It is recognized by United Nations. It has been declared by the United Nations General Assembly a day "devoted to strengthening the ideals of peace, both within and among all nations and peoples."

The theme for the first International Day of Peace on 21 September 1982 was the right to peace of people.

In 2015, the United Nations Member States understood that the rights of people have to be ensured for a peaceful world in the future. The members also recognized the need to achieve economic and social development for all people everywhere for lasting peace in the world. Hence, they adopted the 17 Sustainable Development Goals, which cover a gamut of issues, including poverty, hunger, health, education, climate change, gender equality, water, sanitation, energy, environment and social justice.

The theme for this year is: "The Right to Peace - The Universal Declaration of Human Rights at 70". This year, United Nations is celebrating the 70th year of the declaration of human rights adopted by the General Assembly. The declaration was adopted in Paris on 10 December 1948.

The Universal Declaration, which is translated in 135 languages, states in Article 3. "Everyone has the right to life, liberty and security of person." These elements build the foundation of freedom, justice and peace in the world.