The casket fell as the group hoisted it onto a lakkian, an ornately carved tower where the deceased is placed before traditional funeral rites. 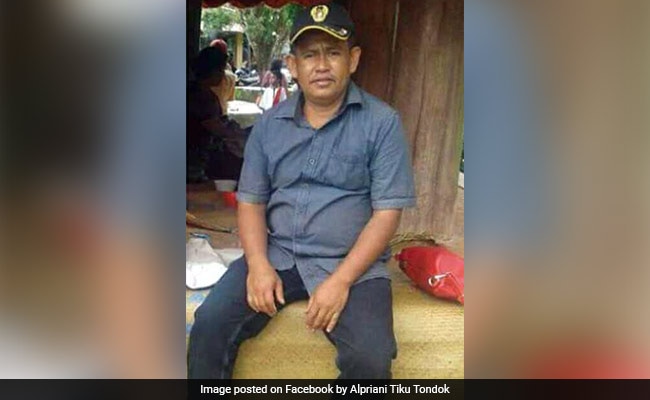 Samen Kondorura is now resting alongside his mother Berta

Makassar: An Indonesian was killed when his mother's coffin fell from a funeral tower and crushed him during a service on the island of Sulawesi, police said Sunday.

Samen Kondorura, 40, died Friday when pallbearers lost their footing while carrying the coffin up a bamboo ladder in the Parinding valley in North Toraja district, local police said. 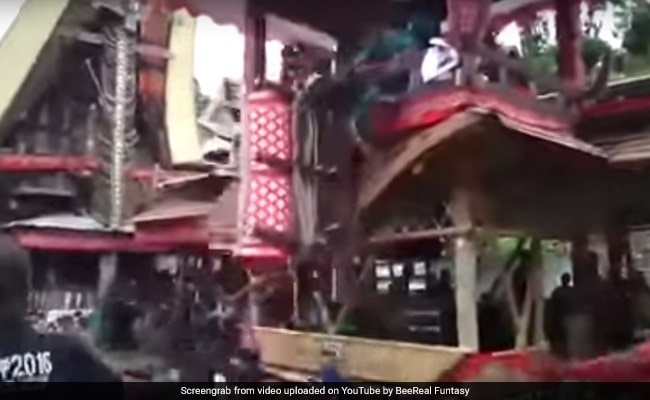 The ladder slipped, bringing the pallbearers and casket crashing down

The casket fell as the group hoisted it onto a lakkian, an ornately carved tower where the deceased is placed before elaborate traditional funeral rites.

"As the mother's coffin was being raised to the lakkian, suddenly the ladder shifted and collapsed, the coffin fell and hit the victim," Julianto Sirait, chief commissioner of the Tana Toraja resort police, told AFP.

Video from the scene, which has gone viral online, shows the ladder slip just as the casket enters the tower, sending the men tumbling several metres to the ground where the victim is struck by the coffin.

Horrified onlookers rush to the men's aid but Kondorura died later in hospital.

Sirait said the accident happened because the ladder was not properly reinforced but the family has declined to press charges.

The body of Kondorura is now resting alongside his mother Berta, he added.

Promoted
Listen to the latest songs, only on JioSaavn.com
When ethnic Torajans die, local residents hold elaborate funerals that can last for days and involve music, dance and the sacrifice of water buffalo.