Riefian Fajarsyah, lead vocalist of the band "Seventeen" later posted an emotional video to his 260,000 Instagram followers in which he said the group's bassist and road manager were killed. 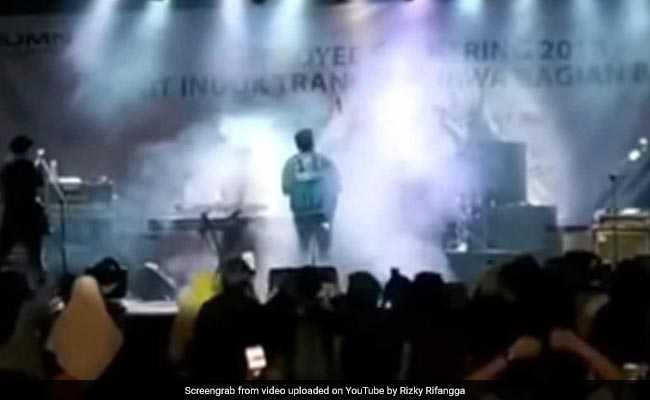 Indonesia Tsunami: "Seventeen" was performing at a marquee at the Tanjung Lesung Beach Resort

A dramatic video posted online showed the tsunami that struck Indonesia smashing into an open-air concert, hurling members of a pop band from the stage and slamming into the audience.

Riefian Fajarsyah, lead vocalist of the band "Seventeen" later posted an emotional video to his 260,000 Instagram followers in which he said the group's bassist and road manager were killed.

The band were playing Saturday night to a large crowd in a marquee at the Tanjung Lesung Beach Resort on the western tip of Java when the wall of water hit.

On the video, fans can be seen clapping and cheering before a wave rips under the stage, sending the band members and their equipment crashing into the men and women dancing at the front.

The shocking video then suddenly stops.

Fighting back tears and wiping his eyes, Fajarsyah said two more band members, a crew member and his wife were still missing.

"We lost our bassist Bani and our road manager Oki," he said in the video, in which he is wearing a green shirt with the band's Seventeen logo stitched into the chest.

"Andi (drummer) and Herman (guitar) and Ujang (crew) have not been found. Please pray so that my wife Dylan (Dylan Sahara) will be found soon.

"The rest are thankfully safe although suffering from injuries and broken bones. Please pray so my wife Dylan, Andi and Herman and Ujang can be found soon." 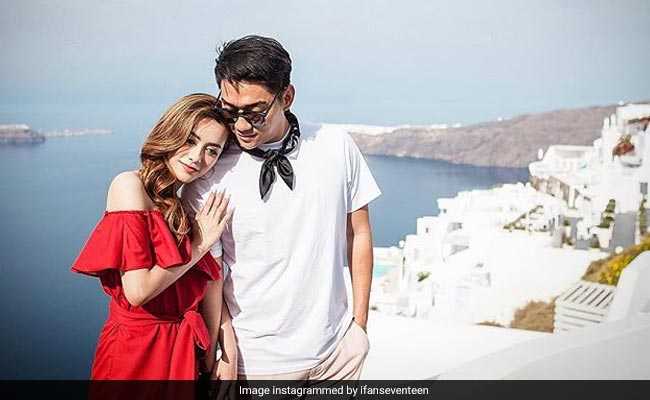 Seventeen posted earlier this week on their Instagram page that they would be playing at the Tanjung Lesung Beach Resort from December 21 to 23.