Using this polluted water is a risky calculation for many of the 30 million people who rely on it for irrigation, washing and even drinking water. 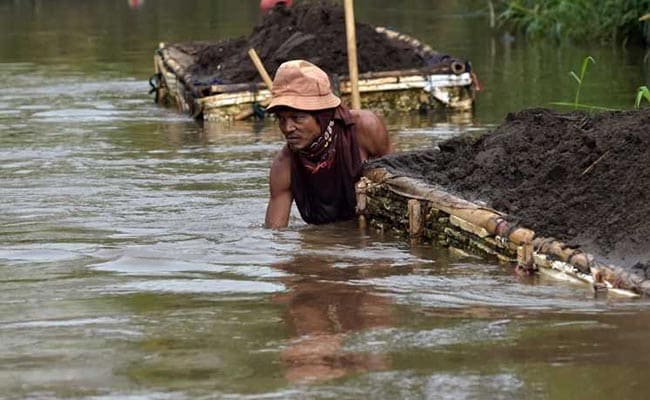 Jakarta has a seemingly impossible goal: make the Citarum's water drinkable by 2025

Majalaya, Indonesia: The scabies on Indonesian rice farmer Yusuf Supriyadi's limbs are a daily reminder of the costs of living next to the "world's dirtiest river".

Supriyadi depends on the Citarum's murky waters -- a floating carpet of household rubbish, toxic chemicals and animal feces -- to irrigate a small rice plot in West Java that sustains his family of six.

The farmer's rice yield is now down by two-thirds in the rainy season as textile factories dump more and more industrial waste into the river. But he has few other options.

"There are floods during the rainy season. My hands get itchy and the harvest is damaged," the 54-year-old tells AFP.

"Pollution makes my rice hollow. If I keep going I'll lose money, but if I don't, I'll have no other job," he adds.

Now faced with a health emergency after decades of failed clean-up efforts, Jakarta is stepping in with a seemingly impossible goal: make the Citarum's water drinkable by 2025.

Using this polluted water is a risky calculation for many of the 30 million people who rely on it for irrigation, washing and even drinking water -- including around 80 percent of residents in the sprawling capital Jakarta.

At nearly 300-kilometres long, the river is also a key source for hydroelectric power for Indonesia's most populated island Java and tourism hotspot Bali.

The World Bank declared it the most-polluted river in the world a decade ago, an description widely picked up by media and environmentalists.

Waste levels can vary depending on how pollution is measured and the time of the year.

But the Citarum is dangerous by almost any standard.

Previous research has shown it has alarming levels of toxic chemicals -- including 1,000 times more lead than the US standard for safe drinking water.

It regularly appears on most-polluted lists alongside India's Ganges river, the Mississippi river in the United States and China's Yellow river. 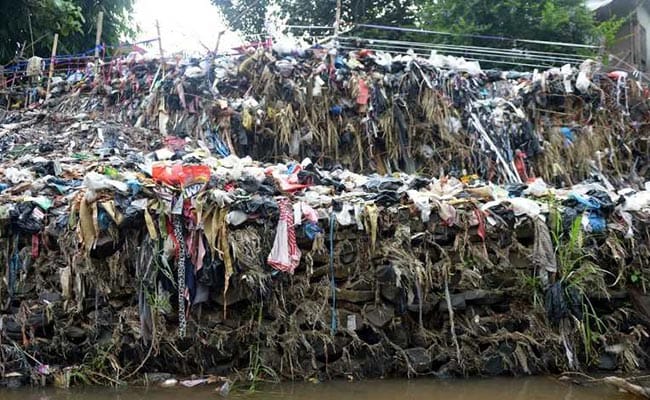 In January, Jakarta yanked responsibility away from local government, and vowed to get tough on business owners who ignore waste-disposal rules.

Factories that fall short could have operating permits revoked.

And CCTV cameras are to be installed along the river's banks to keep an eye out for offenders dumping waste in the early morning hours to evade detection.

Meanwhile, dredging equipment will be used to clean up the filthy river, said Djoko Hartoyo, a spokesman for the Ministry of Maritime Affairs.

"We are not playing around this time," he added.

"We're going in with a holistic approach so we are optimistic we can make Citarum clean again, just like it was 50 or 60 years ago."

In the 1980s, a new industrial zone sprang up around the small town of Majalaya, about 170 kilometres east of Jakarta, and things quickly changed for the pristine river.

Some 2,000 area textile factories have provided much-needed jobs, but it came with a heavy cost: about 280 tons of industrial waste are dumped into the river each day, according to government and environmental group data.

Making matters worse, many locals think nothing of tossing their household waste into its toxic waters.

"When it rains and my house gets flooded, the smell is awful," Achmad Fachrureza said from inside an inflatable dingy, as he navigated the river's styrofoam containers, fabric, empty cans, plastic bottles and garbage bags.

The 57-year-old villager said he was sacked from his job as a textile factory security guard after asking questions about the firm's waste disposal system.

"Most factories here have a waste disposal system, but they don't work properly because it's just a formality," said Deni Riswandani from local environmental group Elingan. 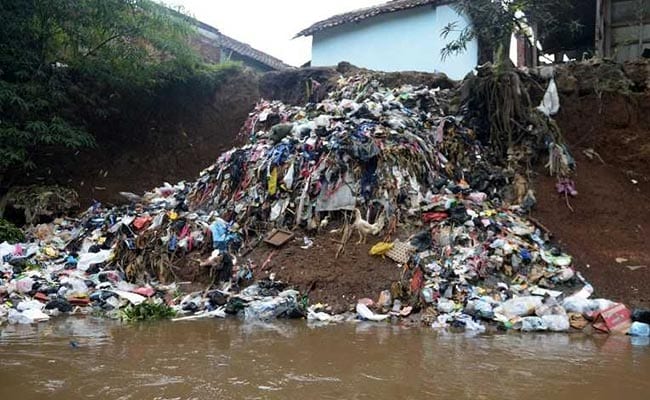 'It was so clean'

That poses a serious health risk, especially for the five million people living in the river's basin.

Many locals suffer from skin diseases like scabies and dermatitis, as well as respiratory infections from inhaling factory pollution.

"The number of people going to the health clinic is very high," Riswandani said.

"We keep reporting these issues to the government, but we never get a solution."

He and other frustrated activists have blocked some waste pipes with rocks and concrete, but the factories usually remove the blockage right away.

Locals hope Jakarta's new goals can be achieved. But they're also sceptical given the scale of the task and endemic corruption that could see factory owners try to buy their way out of trouble.

"I long to see the Citarum like it was when I was young", Fachrureza said.

"I could swim in it and drink the water. It was so clean."

(This story has not been edited by NDTV staff and is auto-generated from a syndicated feed.)
Comments
IndonesiaIndonesia riverWorld's dirtiest river