In 2015, Rishi Sunak was elected to represent Richmond in Yorkshire, the constituency previously held by William Hague, a former party leader. 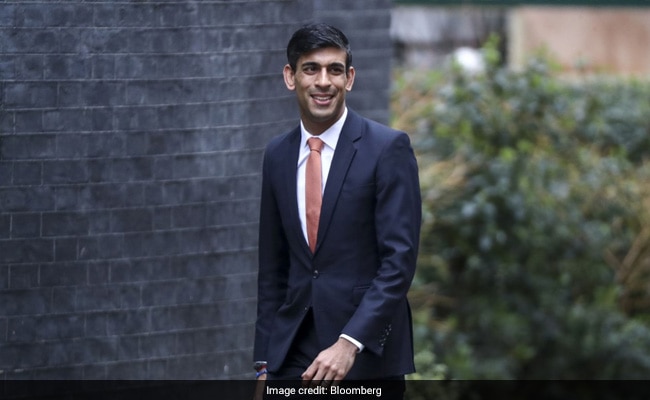 Who is Rishi Sunak, the man who in a stunning turn of events was appointed United Kingdom Chancellor of the Exchequer less than a month before the first budget of Boris Johnson's new government?

The former Goldman Sachs banker is 39 and has been viewed as a rising star in the Conservative Party, with the Conservative Home website anointing him "the next prime minister" earlier in the year. In July, he was made chief secretary to the Treasury -- the second most important job in the finance ministry.

His appointment, and the dramatic circumstance in which his predecessor quit, have created a stir and raise questions about the direction of economic policy on the heels of Brexit.

Sajid Javid also had a background in finance but goes down in history as the shortest-serving finance minister in the country since 1970. He was seen as fiscal hawk, recently asking ministers to find cuts ahead of a spending review due later this year. Under the new guy, there may be what Citi calls a "Trump-style stimulus." This debate comes after a decade of austerity under the Conservatives.

Currently reading Vol 3 of Charles Moore's excellent biography of Mrs Thatcher. After Lawson's resignation, the new Chancellor (Major) was unsackable (can't carry the parallel too far, her powers were on the wane). But the new Chancellor can & must demonstrate his strength. /END

Rishi Sunak is a more pro-Brexit chancellor than Sajid Javid, who campaigned for Remain back in 2016 (Sunak was a Leaver). In 2017, he co-authored an article highlighting five benefits of Brexit, including striking new trade deals, improving regulation and being free of European Union (EU) state aid rules.

"It's time to shout about that idealistic and hopeful vision for post-Brexit Britain," he wrote. "Opportunities like these are what Brexit means to us."

"His voting history shows he's an ardent Brexiteer, supports reductions in corporation tax, cuts to capital gains tax and he's gone on the record as favouring infrastructure investment," the note said. "So this is either going to be a meeting of minds or Rishi Sunak will be the Prime Minister's yes man living in Number 11."

He's frequently been sent out by the government to do the morning round of TV and radio interviews, a clear sign that he's seen by Number 10 as a solid performer. Notably, he deputized for Johnson in televised leadership debates during the election campaign.

The Hindu son of a doctor and a pharmacist, Rishi Sunak attended Winchester College, one of the country's most prestigious private schools, before studying at Oxford and Stanford Universities. After graduating, he worked for Goldman Sachs, before spending about three years at billionaire activist hedge fund manager Chris Hohn's TCI Fund Management. Later, he moved on to join his TCI colleague Patrick Degorce's hedge fund Theleme Partners.

He's married to Akshata Murthy, the daughter of Indian billionaire, Infosys Ltd. co-founder Narayana Murthy. They have two daughters together. On his own website, Rishi Sunak lists his hobbies as keeping fit, soccer, cricket and the movies.