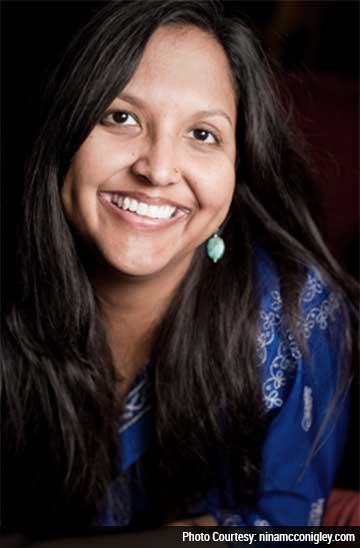 McConigley, lecturer at the Department of English at University of Wyoming, is one of the two winners. The other is Ruth Ellen Kocher for her work, "Domina Un/blued", a press release issued by the university said.

"Other people on the short-list have been nominated for the Booker Prize and won Guggenheims - so it was amazing company. I honestly did not think I would win. Just making the short-list and long-list seemed pretty great," McConigley said in the statement.

Winners will be honoured at the awards ceremony on September 29 in New York.

Published by FiveChapters Books, "Cowboys and East Indians" is a collection of short stories set in Wyoming that explores the immigrants' experience and the collisions of cultures in the US West.

Born in Singapore to Irish and Indian parents, McConigley grew up in Casper, Wyoming.

McConigley also has been nominated for a Pushcart Prize and the "Best American New Voices".

Her play, "Owen Wister Considered", was produced in 2005 for the Edward Albee New Playwrights Festival.

She was the 2010 recipient of the Wyoming Arts Council's Frank Nelson Doubleday Memorial Writing Award and was a finalist for the 2011 Flannery O'Connor Short Fiction Award.

International PEN, a worldwide association of writers, was founded in 1921 to promote friendship and intellectual cooperation among writers across the world.

Promoted
Listen to the latest songs, only on JioSaavn.com
It emphasises literature's role in developing mutual understanding and world culture to fight for freedom of expression, act as a powerful voice on behalf of writers harassed, imprisoned and, sometimes, killed for their views.