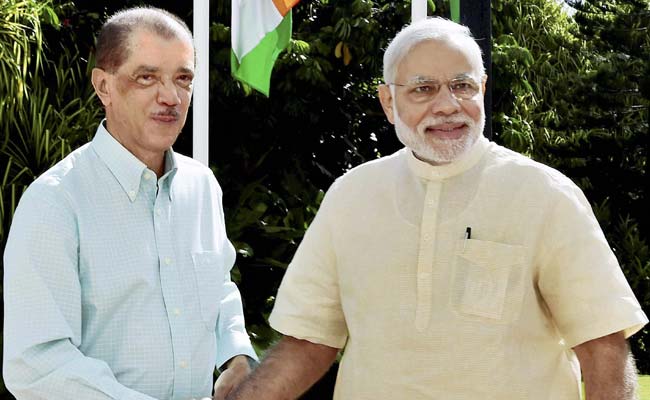 India and the Indian Ocean island of Seychelles strengthened their ties as Prime Minister Narendra Modi arrived here for a brief visit, the first by an Indian prime minister in 34 years that saw the inking of four pacts, including one on boosting maritime security.

Addressing the media after holding talks with President Michel, the Indian prime minister said their bilateral ties is "nurtured by a common purpose - progress of our people and peace and prosperity in the Indian Ocean Region".

"Our security partnership is strong. It has enabled us to fulfill our shared responsibility to advance maritime security in the region," said Mr Modi as he announced another Dornier aircraft for Seychelles and also a Coastal Surveillance Radar Project as a symbol of bilateral cooperation.

Mr Modi said the steps will help Seychelles secure its islands and the vast expanse of waters around them.

Earlier, Mr Michel said Mr Modi's visit was a "symbol of the excellent ties between our two peoples" and that India is a close friend of the Seychelles.

Mr Modi also said both sides have strong convergence of views on climate change and are committed to combating this.

Mr Modi later left for Mauritius, the next stop on his three-nation diplomatic tour of Indian Ocean states. He will also visit Sri Lanka.

Promoted
Listen to the latest songs, only on JioSaavn.com
Indira Gandhi was the last prime minister to visit Seychelles in 1981.