In White-Majority Area, Bid To Become First Muslim Woman In US Congress 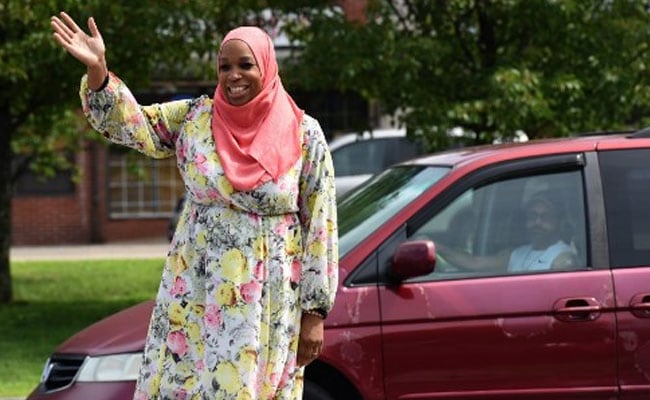 Amatul-Wadud is one of 5 candidates vying to become first Muslim woman in Congress in November elections.

It's an incongruous sight, a woman in a salmon pink hijab standing on a Massachusetts traffic median, waving at oncoming cars and asking perfect strangers to vote her into Congress.

"Hey how are you? Good to see you!" hollers Tahirah Amatul-Wadud at a male pedestrian. A few cars beep their horns, the odd driver zaps down his window to say hello. Quite a few drive past, seemingly oblivious.

Now aged 44, she faces the biggest hurdle of her life: asking a majority white constituency, where Catholics are the biggest religious group, to make her the first Muslim woman elected into Congress.

But for her it's about policy, not religion. It's about better representing and improving lives in western Massachusetts, an area suffering from higher than average unemployment, where many work two jobs just to make ends meet.

"I don't always talk about religion because I don't look to lead or serve from a religious prespective," she tells AFP at her campaign headquarters just outside Springfield.

She says her goals are secular, but her faith is "where I find my core strength." 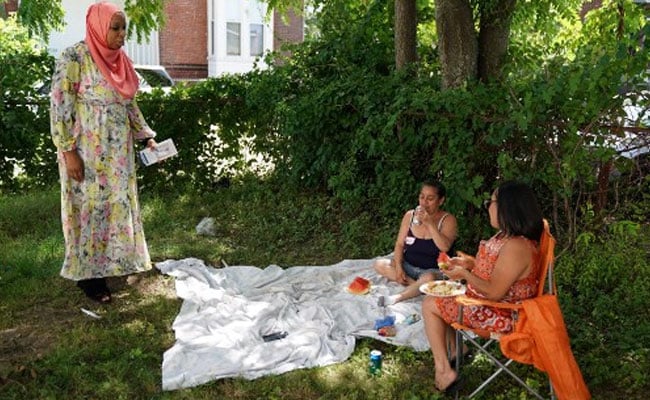 Tahirah Amatul-Wadud, who is running in the Democratic primary for US Congress in Massachusetts' First District, meets with people at a Mt. Zion Church event in Chicopee, Massachusetts July 21, 2018.

Indefatigable, armed with a warm smile and a lawyer's mind, Amatul-Wadud is part of a groundswell of women and progressive Democrats running for office this year, motivated at least in part by opposition to President Donald Trump.

If she's successful, she would also become her district's first woman and first African American in Congress.

Except it's a long shot. Her opponent in the September 4 Democratic primary is Richard Neal, who has served in Congress since 1989. She has raised a total of $72,000 compared to his reported $3 million.

When she moved to Springfield aged nine, he was the city mayor.

Now she wants his job, championing progressive causes such as Medicare for all, affordable education and wider access to high-speed internet, and eschewing donations from corporate and special interests.

Her team claims to have nearly 300 volunteers as they build a grass-roots campaign, knocking door to door to hear people's problems.

If she beats Neal, she will repeat the triumph of 28-year-old political novice, Alexandria Ocasio-Cortez, who trounced a Democrat grandee in a New York primary by running a similarly progressive and insurgent ticket.

That win gave her campaign a huge shot in the arm, boosting contributions. "It was wonderful," Amatul-Wadud tells AFP. "If she could win, then hope is possible, here in our home."

Dressed in a floral dress, black pants and platform heels, she powered through the sticky heat of a recent afternoon, trading pleasantries and soliciting votes at a church barbeque.

Ira Prude, a 28-year-old factory worker who worries about opioid addiction, homelessness and violent crime, says it meant a lot that she stopped by.

"She seems to care a lot about her community. You know, where she grew up," she said. "So I think that's good."

'Time for a change'

As Amatul-Wadud makes her way through the picnic, a few look up surprised.

"There are times where I could see that people are surprised that I present the way that I do," she tells AFP. "But have I had overt nasty racism right in my face? No, I'm grateful for that. I hope that that never happens."

Despite increasingly overt bigotry in the country at large, the racism and Islamophobia she experiences lies online, forcing her to ask her teenage daughter to remove "vile things" that were "scaring" people. 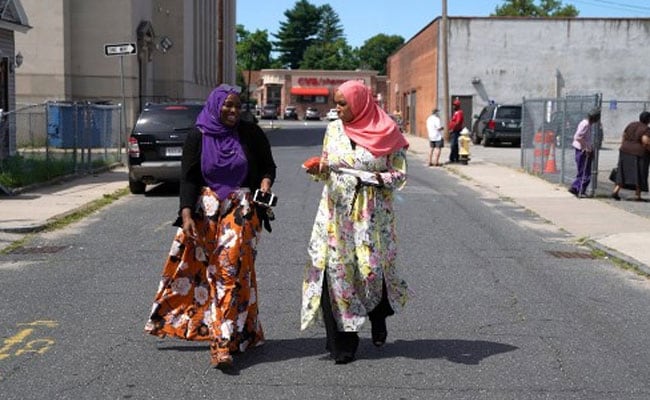 While her decision to run is motivated primarily by discontent with the status quo in her community, she admits that Trump's election "changed everything".

"Some of his policy, some of his character was alarming to people... I had friends and neighbors, clients who told me that they were waking up feeling they had an elephant on their chest," she said. "Their futures did not look bright."

Deanna Williams, 56, joined the campaign after being laid off earlier this year. Amatul-Wadud was her divorce attorney -- "she did me well and then we became friends," Williams laughs.

"It's time for a change. Western Mass is suffering and we just need more people to get into Washington to help out the cause," she told AFP. "Too many people are struggling and don't have a job."

Back at campaign HQ, Amatul-Wadud declares herself "very" confident of winning her David-and-Goliath battle against Neal.

But if she doesn't? "I am not going anywhere," she replies.

(Except for the headline, this story has not been edited by NDTV staff and is published from a syndicated feed.)
Comments
Tahirah Amatul-WadudUS Congress