In the final results, two hard-line Muslim candidates had placed third and fourth in a race with numerous other contenders, winning 11 percent of the vote. 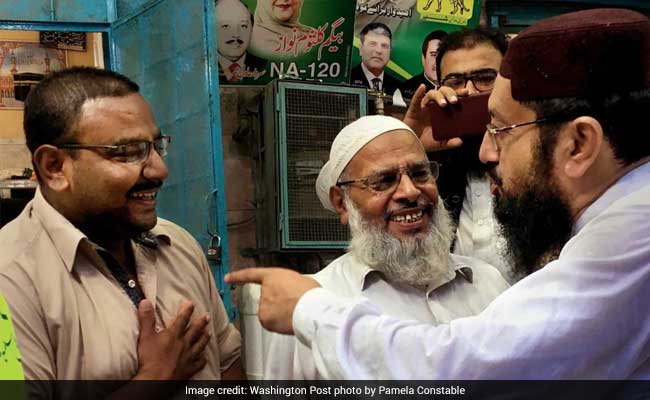 The development coincides with accusations by US that Pakistan is sheltering anti-Afghan militants.

Islamabad: One candidate was from a banned group, its leader under house arrest for past ties to armed militants. The other was from a movement built around the cult of an assassin and the belief that blasphemers against Islam deserve death.

Few people noticed the campaign posters pasted in many run-down alleys that featured these obscure, bearded figures and religious messages. Instead, the nation was waiting to see which of two mainstream political parties would win a crucial parliamentary election in Lahore this past Sunday.

But when the final results were announced, the two hard-line Muslim candidates had placed third and fourth in a race with numerous other contenders, winning 11 percent of the vote. It was a stunning debut for two Islamist groups that had shunned electoral politics but built devoted public followings, inspired by figures who used violence in the name of defending their faith.

It was also a sign that such groups, long considered to be at the fringes of Pakistani society, are making unprecedented inroads into the mainstream life of an impoverished, fast-growing country of 207 million. More than 90 percent of Pakistanis are Muslim, and many have felt increasingly frustrated by a lack of opportunities and justice under multiple leaders from the wealthy elite.

This development coincides with new accusations from the Trump administration that Pakistan is giving shelter to anti-Afghan militants and "agents of chaos," which it has denied. The emerging religious groups have no connection with Afghanistan, but they have condoned violence against Hindu-led India or to support the honor of Islam.

The timing is also significant because the Lahore contest was seen as a prelude to national elections scheduled for next year. The ruling Pakistan Muslim League-N and the opposition Pakistan Justice Movement came in first and second, respectively. But the two fringe religious campaigns did well with just a fraction of the publicity and effort, and with literally no prior political experience.

"The resurgence of the religious ultraright in politics ought to be a matter of concern for state and society," the editors of Dawn, Pakistan's leading daily paper, wrote Wednesday, noting that both candidates ran as independents at the last minute after their parties had problems registering.

"Testing by stealth the viability of mainstreaming militant groups is unacceptable," they wrote. "The two radical campaigns bode ill for next year's general election."

Pakistan has several Islam-based parties, some of which are anti-West and pro-sharia but have been participating in the democratic electoral system for years. None has ever won a significant role in power, except from 2002 to 2008, when a coalition of religious groups governed the conservative northwest province now called Khyber Pakhtunkhwa.

Until now, though, extreme parties mostly have built support through mosques and religious appeal. Some have changed their names, added front groups, embraced popular causes and carried out charity work to soften their image. Some have benefited from selective government tolerance and appeasement, even when accused of terrorism by Pakistani or international officials.

The party that backed candidate Sheikh Yacoob in the Sept. 17 race was the latest of many offshoots of Lashkar-e-Taiba, a radical anti-India militia accused of masterminding a terrorist siege in Mumbai in 2008. After that, it rebranded itself as Jamaat-ud-Dawa, a religious teaching institute, and founded a separate charity to provide disaster relief. A month ago, it established its first political party, the National Muslim League.

But the central figure behind all these groups remains Hafiz Saeed, 68, the fiery cleric who founded Lashkar in 1987 and has been a relentless crusader against alleged Indian abuses of Muslims in Kashmir, a contested border region. The popularity of that cause - and of Saeed - has made Pakistani authorities reluctant to imprison him or fully enforce their own ban on his organizations.

"People love Hafiz Saeed, and we see him as a hero," Yacoob, 46, a Saudi-trained Islamic scholar, said in an interview during his campaign, which featured the benign party symbol of a power-saving lightbulb. He said he found "a lot of silent support" for Saeed when going door-to-door, and he dismissed accusations of Saeed's role in the Mumbai siege as "all Indian propaganda. It was never proved in court."

Other groups with extreme creeds have appealed to Pakistanis who are not connected to Islamist militancy but who feel a deepening attachment to Islam and view it as under attack - whether from the West, domestic secular forces or muscular Hindu leadership in next-door India.

This is the case with the Movement in Service to the Messenger of God, the anti-blasphemy group on the Sept. 17 ballot. It arose in 2010, when a Christian peasant woman was sentenced to death for blasphemy and the Punjab provincial governor, Salman Taseer, suggested that the harsh anti-blasphemy laws needed to be revised. Mumtaz Qadri, one of Taseer's guards, shot him dead out of religious conviction. Last year he was hanged for murder, but to some Pakistanis he has become a cult figure.

"Ours is a long struggle for the respect of the prophet and for those who gave their lives for him," said Allama Khadim Rizvi, the movement's founder. He said the group already is making plans to participate in next year's national elections. "If we win, we will serve the people and struggle to establish Islamic rule in this country, based on Islamic justice for all," he said.

The Lahore results also have triggered a renewed debate on the sensitive subject of how state authorities, especially security and intelligence agencies, treat various banned or extremist groups. The issue already is raising official hackles and disputes here because of the Trump administration's accusations that Pakistan is providing sanctuary for anti-Afghan militant groups.

Both the anti-blasphemy and pro-Kashmir movements have been unofficially tolerated because of their public popularity, and Pakistan's intelligence agency has long been reported to abet Lashkar-e-Taiba in its various incarnations. Saeed has been repeatedly placed under house arrest, then allowed to return to his fiery pulpit in Lahore on Fridays. The activities of Qadri's devotees have been watched carefully but left alone.

Some analysts suggest it is better to allow such groups to join the political process, assuming it will de-radicalize them. Others say it is a dangerous mistake, because it will legitimize extreme views and stir up sectarian fights. A new chance to test these theories will come in just one month; since Yacoob's candicacy did so well in Lahore, an official of the Saeed-led group Jamaat-ud-Dawa has now registered to compete as an independent in another parliamentary race in the northwest city of Peshawar on Oct. 26.

"By participating in the electoral process, these outfits are trying to spread their influence in society. This is alarming, because it means that sectarianism and friction will increase," said Hasan Askari Rizvi, a political analyst in Lahore. "They cannot win elections and come to power. There is no planned effort to bring them into the mainstream. They can only cause problems, because their agendas haven't changed. They just want to control more and more segments of society."

(This story has not been edited by NDTV staff and is auto-generated from a syndicated feed.)
Comments
PakistanIslamist RadicalsPakistan Politics