Left Alliance Wins Big In Nepal Polls, Gets 40 Of 49 Seats

According to results released by Nepal's Election Commission, the Communist Party of Nepal-Unified Marxist Leninist (CPN-UML) has won 28 seats while its alliance partner CPN Maoist-Centre has bagged 12 seats. 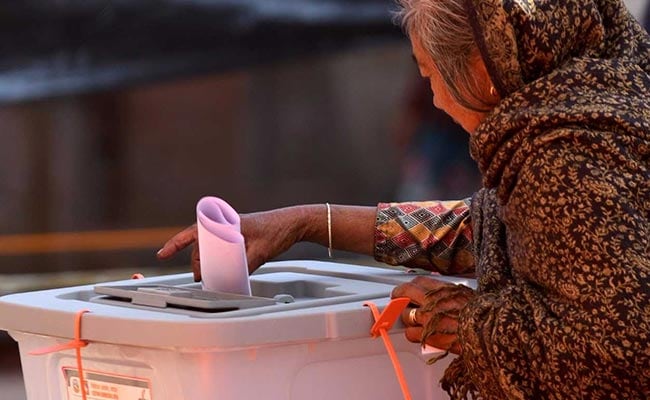 The Nepali Congress, which has close ties with India, won 6 seats

Kathmandu: Nepal's Left alliance is leading in the parliamentary polls, winning 40 of the 49 seats for which results were declared today while the ruling Nepali Congress got 6 seats in the historic elections that many hope will bring the much-needed political stability to the country.

According to results released by Nepal's Election Commission, the Communist Party of Nepal-Unified Marxist Leninist (CPN-UML) has won 28 seats while its alliance partner CPN Maoist-Centre has bagged 12 seats.

The Nepali Congress, which has close ties with India and was the largest party in the last election, won 6 seats. Naya Shakti Party, Federal Socialist Forum Nepal and independent candidates have won one each, officials said, adding that results for 49 Parliamentary seats have been declared so far.

Upendra Yadav of the Federal Socialist Forum Nepal is the first Madhesi leader to win the election from Saptari 2.

There are a total of 165 Parliament seats and 330 provincial assembly seats under the direct election system.

In the provincial assembly, CPN-UML has won 27, Maoist Centre 19, Nepali Congress 6, Naya Shakti and independent one each.

A total of 1,663 candidates contested polls for parliamentary seats while 2,819 were in the fray for the provincial assembly seats in the historic elections that many hope will bring the much-needed political stability to the Himalayan nation.

The house of representatives consists of 275 members, of which 165 would be elected directly under the first-past-thepost system while the remaining 110 will come through the proportional representation system.

"The Election Commission of Nepal (ECN) succeeded with the logistical preparations as well as the operational aspects of conducting the elections in two phases, despite the date for the election set by the government just 97 days before the first election date," the European Commission Election Observation Mission has said.

"There is however, lack of transparency in the work of the ECN. There is no mechanism for regular consultation with political parties, civil society and observers at the central level," the mission added.

Voting in two-phased parliamentary and provincial assembly elections were held on November 26 and December 7.

In the first phase, polling was held in 32 districts, mostly situated in the hilly and mountainous region, in which 65 per cent of voters had exercised their franchise. In the second phase, 67 per cent voter turnout was registered.

The commission said the November 26 and December 7 elections to the House of Representatives and the provincial assemblies represented a key milestone in the implementation of the 2015 Constitution.

"The legal framework offers a good basis for the conduct of elections which comply with the international standards subscribed by Nepal," it said.

The European Union has deployed more than 100 observers at 633 polling centres across the country for the voting process.

The elections are being seen as the final step in Nepal's transition to a federal democracy following a decade-long civil war till 2006 that claimed more than 16,000 lives.

While many hope Nepal's first state elections will hasten regional development, others fear they will spark a fresh wave of violence.

In 2015, when Nepal adopted a new Constitution that split it into seven states, dozens of people were killed in ethnic clashes over territory and rights.

Following the adoption of the new Constitution, the ethnic Madhesi group, mostly of Indian-origin, protested for months, saying they were not getting enough territory in one of the provinces and were also facing discrimination.

The polls are seen as a major step towards implementing the new Constitution.
Comments
Nepal election 2017Nepal Polls