The only witness called by the defense was FBI agent Paul Roberts, who in February 2017 interviewed Jorge Cifuentes, one of Guzman's cocaine suppliers who is jailed in the US and testified against his former boss. 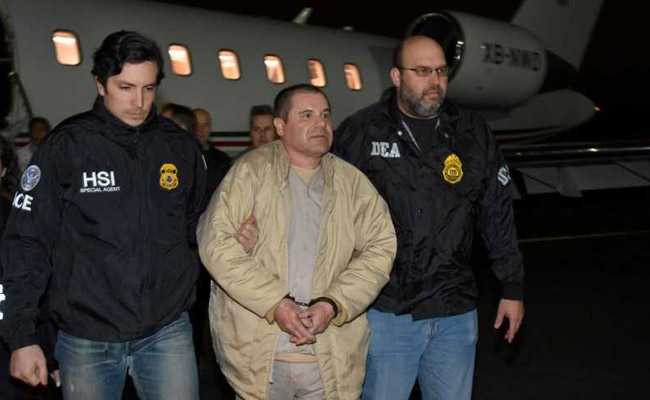 El Chapo stands accused of pocketing $14 billion over a quarter-century.

For nearly three months, US federal prosecutors have made their case against Mexican drug kingpin Joaquin "El Chapo" Guzman in a Brooklyn courtroom. On Tuesday, his lawyers made theirs... in about a half-hour.

The only witness called by the defense was FBI agent Paul Roberts, who in February 2017 interviewed Jorge Cifuentes, one of Guzman's cocaine suppliers who is jailed in the US and testified against his former boss.

Guzman's legal team put Roberts -- who took notes during that interview -- on the stand to try to undermine the credibility of Cifuentes, one of the main witnesses against the 61-year-old onetime Sinaloa cartel boss.

They suggested Cifuentes had made up some of his testimony, on the basis of US government files about the investigation which he told Roberts he had seen, thanks to a corrupt US Navy officer who handed them over.

But in their cross-examination, prosecutors argued that the supposed Navy officer... was in fact a Colombian, and that either Roberts had made an error in his interview notes, the translator had erred, or Cifuentes had.

Roberts seemed nervous on the stand as a witness for El Chapo, and his voice trembled slightly. Guzman's attorney Jeffrey Lichtman was aggressive -- as if it were a cross-examination.

"I remind you he's your witness. You can't argue with him. Just get the information you want to get out," said Judge Brian Cogan.

Guzman faces trafficking, firearms and money laundering charges that could see him jailed for life in the United States. He stands accused of pocketing $14 billion over a quarter-century.

On advice of counsel, El Chapo opted not to testify on his own behalf.

Closing arguments are due to begin on Wednesday -- first with prosecutors, and then the defense team.

The jury could then begin deliberations by week's end.