Imran Khan, who is visiting the UAE for the second time in the last two months, met Sheikh Mohammed bin Zayed, the Crown Prince of Abu Dhabi and Deputy Supreme Commander of the UAE's Armed Forces, at the Presidential Palace in Abu Dhabi. 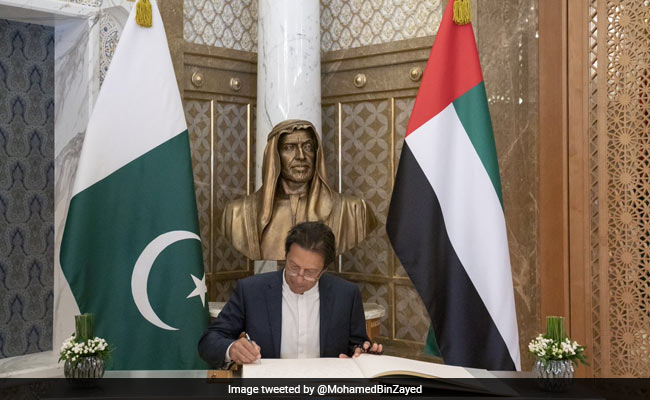 Prime Minister Imran Khan arrived in the UAE on Sunday on a day-long visit to the gulf country, where he is likely to seek financial assistance to minimise the cash-strapped Pakistan's dependence on an IMF bailout package.

Mr Khan, who is visiting the UAE for the second time in the last two months, met Sheikh Mohammed bin Zayed, the Crown Prince of Abu Dhabi and Deputy Supreme Commander of the UAE's Armed Forces, at the Presidential Palace in Abu Dhabi.

He is accompanied by Foreign Minister Shah Mehmood Qureshi and Finance Minister Asad Umar among other officials, the Express Tribune reported.

"The purpose of the visit is to seek billions of dollars in aid as the International Monetary Fund (IMF) becomes unusually tough on Pakistan on the fiscal and monetary fronts, which is hindering early conclusion of talks," the paper said.

Pakistan wants USD 6 billion financial assistance from the UAE in the shape of cash deposits and oil on deferred payments, it added.

The two sides may sign a memorandum of understanding on the financial assistance package, the paper quoted a cabinet minister as saying.

Finance Minister Umar, however, denied that there is any link between the IMF conditions and the PM's UAE visit. 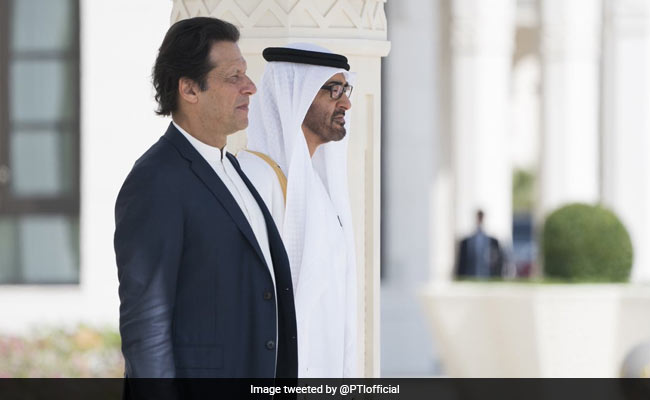 Pakistan PM Imran Khan was received by Sheikh Mohamed Bin Zayed, Crown Prince of Abu Dhabi and being presented with a guard of honour

Last month, Mr Khan had a stopover in Dubai on his return from Saudi Arabia in September.

Saudi Arabia had agreed to provide Pakistan with a USD 6 billion rescue package during Mr Khan's visit to the Gulf Kingdom.

Mr Khan will visit Malaysia later this week where he is likely to seek monetary assistance.

Prime Minister Imran Khan has arrived at Presidential Palace of UAE.
The PM was received by HRH @MohamedBinZayed.
The two leaders will discuss bilateral, regional and global issues of mutual interest.
Prime Minister is accompanied by senior cabinet members and the COAS. @PakPMOpic.twitter.com/Q0DG9Wt1re

Pakistan was facing a USD 12 billion financing gap for the current fiscal year.

The Pakistan government is keen to minimise the amount borrowed from the IMF by getting loans from "friendly" countries like Saudi Arabia, China and Malaysia as officials in Islamabad believe that the global lender could attach tough conditions.