Iceland PM Asks For Parliament To Be Dissolved, President Refuses 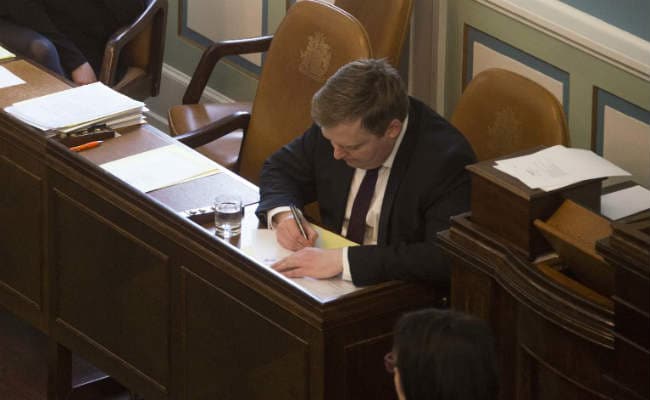 Reykjavik, Iceland: Iceland's prime minister today asked the president to dissolve parliament as his government reeled from a political crisis over the so-called Panama Papers, but the president refused.

President Olafur Ragnar Grimsson, who cut short a US visit to return to Reykjavik earlier today to deal with the crisis, told a televised press conference he wanted to consult the government's junior coalition member before making a decision.

Grimsson said a meeting with the premier "resulted in me refusing to sign a declaration to dissolve parliament nor make any promises to the prime minister that I would agree to that before I knew and had conversations with leaders of other parties about their stand."

Refusing a request to dissolve parliament was unprecedented in Iceland, political observers said.

Prime Minister Sigurdur David Gunnlaugsson, 41, has been under pressure to resign since leaked financial documents showed that he and his wife Anna Sigurlaug Palsdottir owned an offshore company in the British Virgin Islands and had placed millions of dollars there.

The leftwing opposition on Monday presented a motion of no-confidence in Gunnlaugsson, which could be voted on as early as this week.

Gunnlaugsson had said earlier today he would seek the dissolution of parliament if he did not get the support of the junior coalition member Independence Party.

Independence Party leader Bjarni Benediktsson, who is finance minister, was also named in the leaked "Panama Papers", and his party has not yet said whether it plans to support Gunnlaugsson.

Thousands of demonstrators protested outside parliament in Reykjavik on Monday, throwing eggs and yoghurt at the building and calling on Gunnlaugsson to step down.

Another protest was scheduled for today evening.

Gunnlaugsson's company, named Wintris Inc and acquired in 2007, was intended to manage his wife's inheritance from her wealthy businessman father, according to the Panama Papers.

But when he was elected to parliament for the first time in April 2009, as a member of the centre-right Progressive Party, he neglected to mention his stake in his declaration of shareholdings.