Ice-Free Areas Of Antarctica To Increase By 2100: Study

The majority of this melting would occur on the Antarctic Peninsula where the climate had already rapidly warmed. 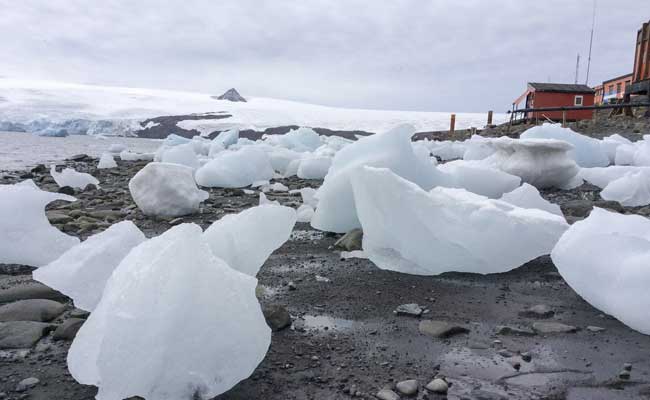 Melbourne: Ice-free areas may increase in Antarctica by 25 per cent due to climate change, leading to drastic changes in the continent's biodiversity, a study warns.

Researchers, including those from University of Queensland (UQ) in Australia, investigated how ice-free areas in Antarctica may be affected by climate change.

"Ice-free areas make for small patches of suitable habitat for plants and animals - like islands in a sea of ice," Jasmine Lee, PhD student at University of Queensland. They found the melting ice could create up to 17,000 square kilometre of new ice-free area across Antarctica - a 25 per cent increase on current levels.

The majority of this melting would occur on the Antarctic Peninsula where the climate had already rapidly warmed, researchers said.

"This expansion of ice-free habitat could lead to new opportunities for Antarctic biodiversity, although the warmer conditions will also encourage invasive species to establish," Lee said.

"Many native species have evolved isolated from each other for extended time periods; they are mainly constrained by the availability of resources, such as water and nutrients," she said.

How these species will cope with increasing connectivity and competition from invasive species is largely unknown, researchers said.

"Our work shows habitats that already support invasive species will become larger, meaning there will be more patches of land that can support invasive weeds and invertebrates," Justine Shaw from UQ said.

Promoted
Listen to the latest songs, only on JioSaavn.com
The study was published in the journal Nature.