'I Thought This Was It': He Swam Miles As Huge Shark Stalked Him

The spear fisherman, named in local media as John Craig, was underwater off Western Australia state Friday when his boat was swept away due to engine problems and strong currents. 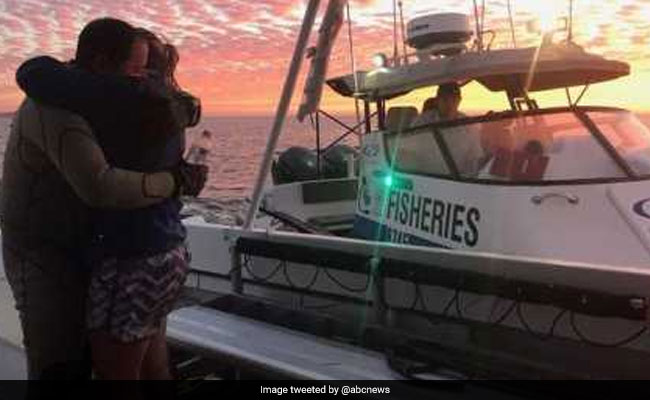 Craig says during the ordeal he just wanted to let his wife know he was alive.

Sydney: A diver separated from his boat off the coast of Australia said Sunday he was lucky to be alive after being forced to swim miles back to shore, shadowed by a large tiger shark.

The spear fisherman, named in local media as John Craig, was underwater off Western Australia state Friday when his boat was swept away due to engine problems and strong currents.

"I put my head in the water to check I was in the same place and suddenly saw a huge four-metre (13-foot) tiger shark approaching within arm's reach," Craig told commercial broadcaster Channel Nine.

"It was easily the biggest tiger shark I've been in the water with and that's saying something having worked as a dive instructor for over 10 years."

Craig said a sandbar whaler was also closing in on him in the shark-infested waters near Shark Bay as he made the decision to swim back to shore.

"I have to admit that at this point I thought I was gone, four nautical miles out to sea with a huge tiger shark following me. I thought this was it, this is how I'm going to die," he said.

"The shark would disappear into the gloom then suddenly reappear behind me, just keeping pace with me behind my fins."

Craig kept his speargun pointed behind him as he embarked on a swim of "pure endurance", eventually losing the shark.

He was later spotted by rescuers on a remote beach.

"He swam at least five miles in shark-infested waters, I just can't believe anybody could do that. It's such a massive effort, in that short timeframe too."

There have been 14 encounters off the nation's vast coastline this year, including the death of a 17-year-old girl mauled by a shark in full view of her parents in Western Australia.

(Except for the headline, this story has not been edited by NDTV staff and is published from a syndicated feed.)
Comments
Australian diverJohn CraigShark bay