"I Know Your Secret": Extortion Letters Hit Affluent US Neighbourhoods

The letterwriter, GreySquare15, threatened to expose a secret - unless Strohl wired the sender $15,750 in bitcoin. 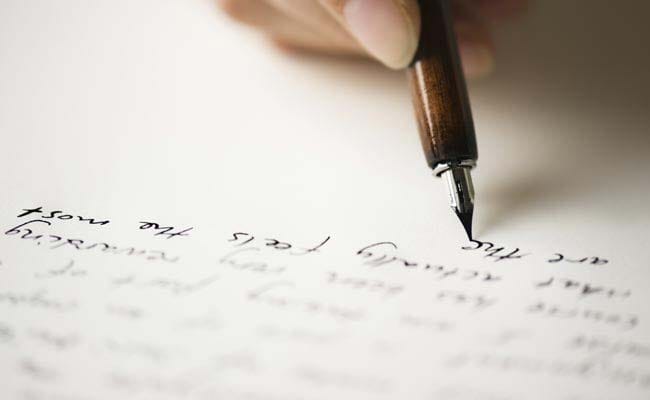 Jeff Strohl's stomach dropped when he checked his mail on July 21.

"I know about the secret you are keeping from your wife and everyone else," a mysterious letter read. "More importantly, I have evidence of what you've been hiding."

The letterwriter, GreySquare15, threatened to expose a secret - unless Strohl wired the sender $15,750 in bitcoin.

"First, it's disbelief. Then, a sinking feeling in your stomach - you search your soul and say 'What have I done? What secret is actually damning?' "Strohl said. "Then, you recognize, I don't have anything that's gonna bother me if other people knew."

Strohl, who lives in Washington's Chevy Chase neighborhood, has been happily married for 14 years and said he recognized the letter was a likely scam. After posting about it on a community Listserv the next morning, he realized he was one of several residents in the area to receive similar threats in the past month in a scheme the FBI says appears to target affluent neighborhoods across the country.

The double-sided letter, postmarked from Nashville, Tennessee came with step-by-step instructions explaining how to work with bitcoin. If Strohl didn't pay the $15,750 "confidentiality fee" within nine days, GreySquare15 threatened to send evidence of Strohl's alleged wrongdoings to his wife, friends and neighbors
.
"They leave it up to you to figure out what secret is so damning and you fill in the blanks," Strohl said. "Psychologically, it's really well put together."

In a particularly cheeky paragraph, the intricate instructions on how to acquire bitcoin included a caution to work only with traders who had done at least 100 transactions and had an approval rating of at least 99 percent "to avoid being scammed."

Geoff Jacobi, who is also a member of the Chevy Chase Listserv and lives near Washington, said he got a letter July 19 threatening to make known a secret he'd been hiding from his wife - from whom he's been divorced seven years.

Even so, Jacobi said the letter's convincing language made him think to himself: "Have I done anything?"

"I'm wary of scammers but my first reaction was 'Wow, this is kind of well-written,' " Jacobi said, comparing the letter to "Nigerian Prince" scams and other extortion attempts. He was also asked to send the scammer about $15,000 in bitcoin to shield a secret
.
"At no time did it ever cross my mind that I would even think about paying it," Jacobi said. Just four days later, he received an email from another scammer named Gus who allegedly possessed evidence from Jacobi's webcam that shows him watching pornographic videos.

"Gus wants $8,000," Jacobi said. "Gus doesn't know that my webcam has been blocked since the day I received my laptop."

These scammers tend to target higher-income communities - including some in the Washington and northern Virginia area, said Andrew Ames, a spokesperson in the FBI's Washington Field Office. Flooding an area with letters ramps up the chance of fooling at least one victim, he added.

Asking for a payoff in bitcoin is often part of the attempted swindle because of the anonymity and perceived tracking challenges the cryptocurrencies pose, he said.

The customized blackmail threats using a name or other personalized detail to bolster the all-knowing tone in the letters may draw on names and addresses found on publicly available sites or have been acquired through private data the fraudster bought.

"Because of the amount of people's personally identifiable data out there on the dark web, criminals can purchase this type of information and attempt to use it against you," Ames said. "But it's a scam, and folks should not pay the demand money."

The fact that someone appears to have access to passwords or other information - even if the information is out of date - can be unsettling all on its own.

"I was concerned because of what information he might have that he could use against me," said Sam Steinberg, a 76-year-old resident of Washington's Chevy Chase neighborhood who received an extortion email last month containing an old username and password. "If he was ever to get the passwords to my bank account or to my investment account, it could be a disaster."

Ames said people should be wary of what they share online and should never pay off the scammer. Instead, he advised victims to contact local law enforcement and report the incident to the Internet Crime Complaint Center.

On Tuesday, the Internet Crime Complaint Center said in statement that it has noticed increased reports of extortion attempts in the form of letters and emails. The release said the scams typically include personal information and accuse the recipient of being involved in "compromising situations" that blackmailers are prepared to make public unless the victim buys their silence.

Updating passwords and usernames is a good precaution, along with being alert on the web since scammers change the paths they use to reach potential victims, Ames said.

"[The scammers] evolve, they're trying to stay one step ahead as well," Ames said. "If they can defraud one individual who falls for the crime and pays them the money, they see that as a good day."

(Except for the headline, this story has not been edited by NDTV staff and is published from a syndicated feed.)
Comments
WashingtonThe United States