People who reacted to her video agreed that the TikTok post by the woman, Lauren Whitney, 36, raised an important point about the dangers panic-buying 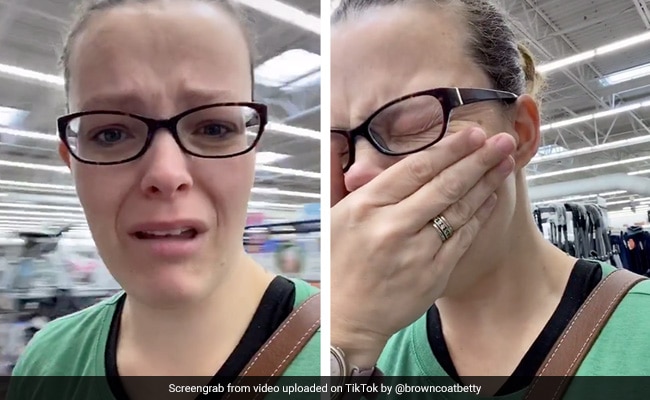 A TikTok video of a woman who is seen crying after the cost of diapers went up by almost 20 times amid the coronavirus scare has received thousands of replies from users, who sympathised with her.

"...How am I supposed to diaper my child if I can't afford 20 at a time like you can?" she said in the TikTok video.

People who reacted to her video agreed that the TikTok post by the woman, Lauren Whitney, 36, raised an important point about panic-buying - that people who need essentials may be left out if the stocks run dry and retailers increase prices.

"I took the video intending to keep it in my drafts, but accidentally uploaded it and logged on an hour later to see it went viral. I debated taking it down, but decided it needed to be seen," Ms Whitney told BuzzFeed.

She is a mother to four children and lives in Southern Utah.

Panic-buying in cities across the world have added to the coronavirus crisis. Australia's biggest supermarket has announced a limit on toilet paper purchases. Woolworths said the restriction of four packs of toilet paper per person would apply "to ensure more customers have access to the products".

Retailers have also experienced shortages of masks and hand sanitisers amid fears over the deadly coronavirus outbreak, which has infected more than one lakh people and killed over 3,000.

The vast majority of cases have been in China, but South Korea, Italy and Iran have also emerged as hotspots.