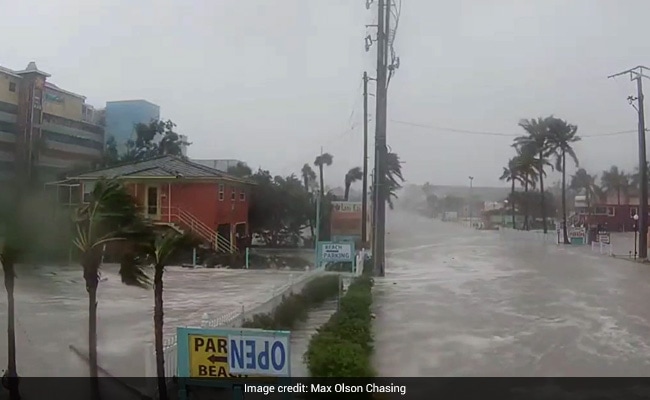 The video has received 94,000 upvotes

A time-lapse video has surfaced on the internet which captures how Fort Myers Beach, Florida was affected by storm surge and flooding caused by Hurricane Ian. Shared by a Reddit user u/Atrampoline, the video is credited to Max Olson Chasing, it shows how heavy rains and powerful winds caused catastrophic damage in Florida. The video shows Fort Myers before and after the storm surge.

The 2 minutes 29 seconds video shows how the city roads were submerged under several feet of water. In the timelapse video storm, water starts flooding into one road before eventually taking over the entire street. The video shows houses submerged in water and trees breaking apart from strong winds and heavy rains in Fort Myers Beach, Florida.

Deadly Hurricane Ian, one of the most powerful storms ever to hit the United States has left a trail of devastation. Almost two million customers were without electricity in Florida, out of a total of more than 11 million, with southwestern areas of the state the hardest hit, according to the PowerOutage.us tracking website. ''

As for storm-ravaged Florida, President Joe Biden said: "We're just beginning to see the scale of the destruction.

"It's likely to rank among the worst in the nation's history," he said of Ian, which barreled into Florida's southwest coast on Wednesday as a Category 4 storm, a tick shy of the most powerful on the Saffir-Simpson wind scale.

The death count from the storm stands at 23, the Florida Department of Law Enforcement said Friday evening.

News outlets quoting county officials have given even higher tolls, with CNN saying 45 fatalities have been blamed on Ian.

Seventeen migrants also remain missing from a boat that sank during the hurricane on Wednesday, according to the Coast Guard. One person was found dead and nine others rescued, including four Cubans who swam to shore in the Florida Keys.

With damage estimates running into the tens of billions of dollars, Biden said it's "going to take months, years to rebuild."